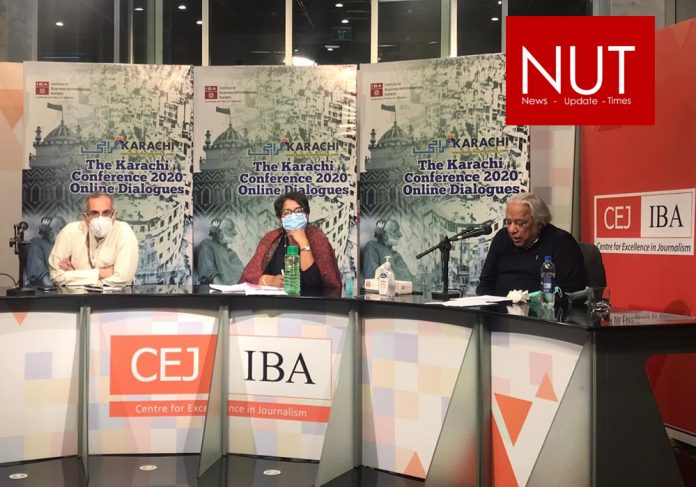 Karachi (Muhammad Yasir) The Karachi Conference 2020 Online Dialogues, in collaboration with the IBA Karachi, held its last dialogue live from the IBA-CEJ studio on Thursday with the renowned architect Arif Hasan. The keynote address on “What I have learnt in 45 years about urban planning of Karachi through participation, voyeurism, disillusionment, love, hope and affection.” was streamed live on social media.

He opened his talk by explaining that Karachi, at the time of partition, had a population of 400,000 people and suddenly 650,000 more migrated to the city. Hence, for the first few years after Partition, the only problem in the city was how to accommodate these people. “And in this entire process, we never attended to the needs of the city. We just kept making houses and that too for the rich”, he remarked.

Besides accommodation, Karachi also had to deal with issues concerning the port and railway management. He questioned what decisions were made to bring it to this despite the fact that, at one point, an inland water navigation policy was worked on extensively. That policy was never implemented and as a result, Karachi’s roads were destroyed, movement rates went up and citizens are faced with these issues till today.

As the discussions continued, various other matters pertaining to town planning and encroachments were touched upon. Mr. Hasan had strong views on how the law did not always deliver justice and spoke passionately on why the government should not feel proud of its achievements in this regard over the past few years.

Elaborating further, Mr. Hasan cited examples of environment degradation through informal settlements, island schemes and nullah widening efforts. Allegedly, 3,500 hectares of mangrove jungles will be destroyed in the process and an estimated 60,000 to 65,000 households will be homeless. He also estimated that in the recent anti-encroachment drive, 9,000 khokhas and 20,000 shops were removed in four months causing a loss of 1.5b rupees to the street economy in Karachi.

At the opposite end of the spectrum, he also gave the examples of Bani Gala and developments around the prime minister’s home which the courts regularised at the time when the Karachi Circular Railway affectees wanted their homes to also be regularised. The Grand Hyatt in Islamabad, which is in violation of its urban plan, was also regularised at the same time.

When questioned by the Executive Director IBA, Dr. S. Akbar Zaidi how people’s lives are affected by a lack of planning, Mr. Hasan responded with four points – a change of culture that redefines relationships between the different classes of Pakistan; the removal of conflict between behavioural patterns and traditional values; the replacement of traditional systems of governance by community and/or political systems; the search for new societal values. 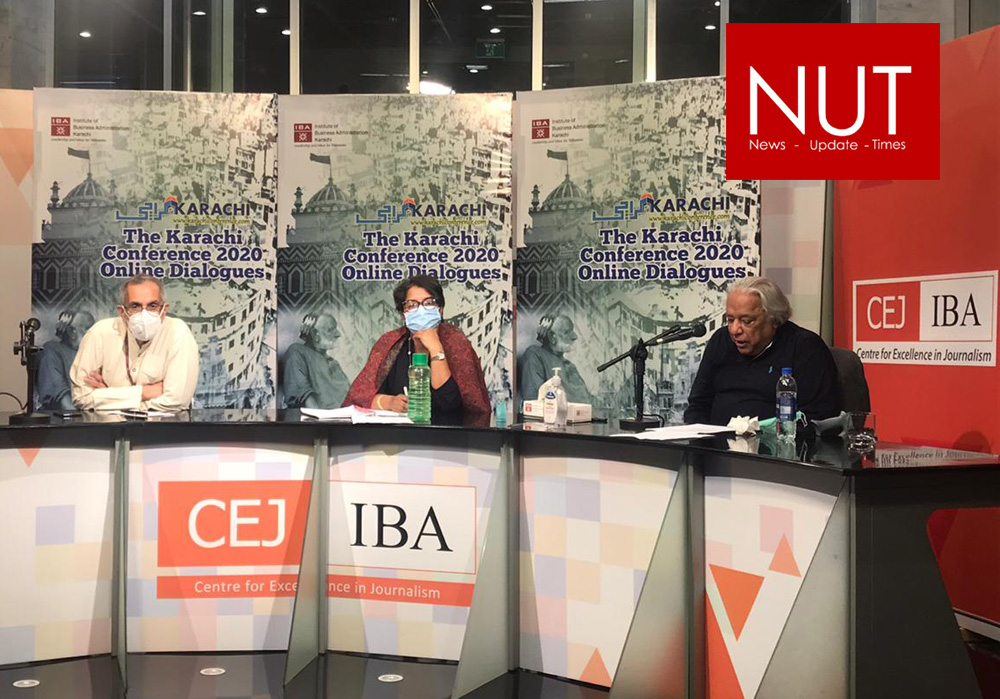