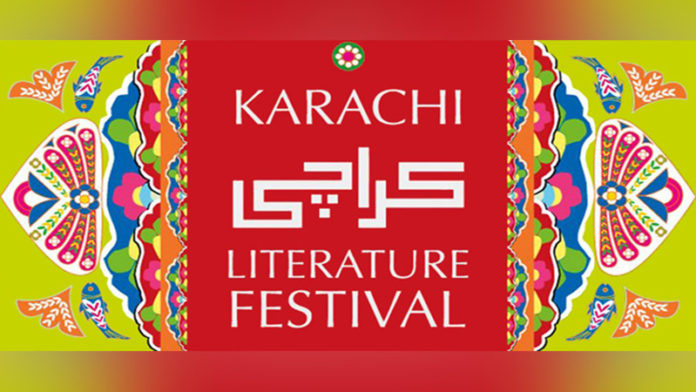 Karachi (Muhammad Yasir) The third and last day of the Karachi Literature Festival drew a very large number of people. Since it was a Sunday, the event received an overwhelming response with booklovers flocking to the venue in droves.

The successful 10th edition of KLF was organized by Oxford University Press (Pakistan) under the leadership of its Managing Director Arshad Saeed Husain. The KLF Organizing team and Advisory Board had put in great efforts to make the 10th KLF a resounding success, considering that there was huge pressure on them to accommodate so much in such a short time.

From several book launchings every day to panel discussions on thought-provoking subjects, documentary screenings, talks, and presentations, there was something for everyone at the KLF. The Urdu, Sindhi and English languages were also adequately represented.

The books launched on the third day of the Festival were: ‘The Economy of Modern Sindh’ by Dr. Ishrat Husain, Aijaz A. Qureshi and Nadeem Hussain. Dr. Ishrat Husain and Shamshad Akhtar discussed the book while the Moderator was Aijaz A. Qureshi. The Chief Minister of Sindh Murad Ali Shah launched the book. The book ‘No Fortunes to Tell’ by Harris Khalique triggered a conversation between Bilal Zahoor and Harris Khalique ‘Rethinking Pakistan: A 21st Century Perspectives’, edited by Bilal Zahoor and Raza Rumi, was discussed by Bilal Zahoor, Erum Sattar, I. A. Rehman and Nadeem Farooq Paracha. The Moderator was Mubashir Zaidi.  The book ‘Pakistan’s Radioactive Decade: An Informal Cultural History of the 1970s’, which has been edited by Niilofur Farrukh, Amin Gulgee, and John McCarry, was discussed by Amin Gulgee, Khusro Mumtaz, Aquila Ismail and Taimur Suri while the Moderator was Niilofur Farrukh. At the launch of the book  ‘Sindhi Adab: Aik Mukhtasar Tareekh’ by Attiya Dawood, the speakers included  Attiya Dawood, Amar Sindhu, Shah Muhammad Pirzada and Yasmeen Hameed while the Moderator was Arfana Mallah.

One of the highlights of the event was the Master Performer Zia Mohyeddin reading from the works of the Master Humorist Mushtaq Ahmad Yusufi.

There was a session titled “Is Today’s Media Informing Society or Dumbing it Down?’ Participants were Ghazanfar Hashmi, Shaheen Salahuddin, Huma Baqai, and Ghazi Salahuddin. The Moderator was Wusatullah Khan. A discussion on ‘TV Drama: Rise and Fall’ featured Kaif Ghaznavi, Saif Hasan and Azra Moheyuddin while the Moderator was Khaled Anam. Anwar Maqsood delivered a talk titled ‘Kuch Bhi’ in his inimitable style.  Then there was ‘Aik Shaam Amar Jaleel kay Naam’ which was moderated by Noorul Huda Shah.

The documentary ‘Indus Blues’ was also premiered on the 3rd day.  The film features folk artistes talked about their struggles to keep a fading art form alive while reminding the world that it was a losing battle. The director and producer of the documentary is Jawad Sharif.

At a part of the closing ceremony, keynote speeches were made by Dr. Ishrat Husain, Deborah Baker, and I.A. Rehman.  Muhammad Merjuddin Ahmed, Group Head Human Resources and Administration,   J.S. Bank, also spoke on the occasion. JS Bank was one of the prime sponsors of the Festival.

Speaking on the occasion, Arshad Saeed Husain, Managing Director, Oxford University Press, Pakistan, shared his views about the 10th KLF. “This very special 10th KLF has been a New Generation Literature Festival. Over these days, we have looked at the way things are changing. Whether in the fields of fiction, poetry, prose, music, the performing arts, the fine arts, education, publishing, the media, the economy, our cultural tapestry, our various languages, and our lives: the seasoned experts, brilliant scholars, and enthusiastic innovators who have deliberated here have been creating windows and new conceptual portals for all of us. The 10th KLF has explored developing trends and frontiers. It has helped us, and particularly the youth who are the future of Pakistan, to grasp the Concepts of Tomorrow.”

The 10th Karachi Literature Festival was a thoroughly enlightening and insightful affair. There is a need to have more such events to increase the appreciation of literature and the arts among public. It is incredible that the city of Karachi, which had a reputation for volatility and insecurity, is the venue of a peaceful Literature Festival which has completed ten years of impressive success. 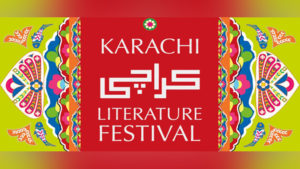