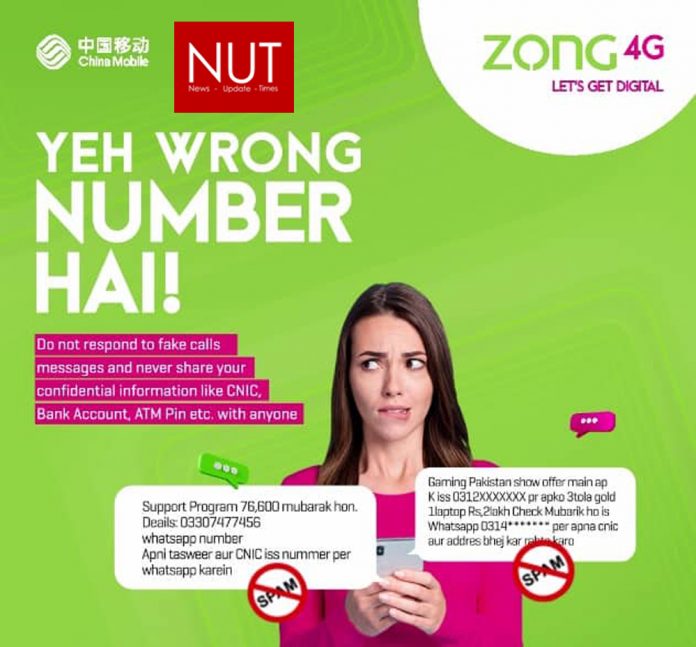 Lahore (Muhammad Yasir) Taking the lead in protecting the Pakistani telecom users, Pakistan’s cellular and digital services frontrunner, Zong 4G, has launched a nationwide public awareness campaign against thefts and frauds, which are becoming very common these days. Through the digital campaign, millions of Pakistanis are being educated on the growing occurrences of various forms of thefts and frauds that include fake prizes from game shows, fake calls from pretending bank agents, SMS with spam hyperlinks, etc. These scams usually target vulnerable users and are aimed at acquiring confidential information like CNIC numbers, credit/debit card details, bank account details, etc.

Here are some details of the scams that Zong wants the Pakistani telecom users to be wary of: Fake Prizes: Users get a fake call or message telling them that they have won some grand prize at one of the country’s leading game shows. They’re then tricked into sharing confidential information like CNIC numbers or card/account details.

Fake Calls: Telecom users get a fake call from a pretend bank/insurance agent asking them for their confidential information like CNIC number, card or account details. Fake SMSs: Sometimes users also get an SMS from an unknown number with some attractive message prompting them to click some spam link through which their sensitive information is stolen. “We’re a customer-centric company and whatever we do at our organization is for the benefit and welfare of our customers,” shared Zong’s official spokesperson. “Staying protected in today’s increasingly digital world is not easy and the users who are not cautious fall prey to such scammers.

But we are here to educate the Pakistani telecom users on how to get the best of the digital world while staying protected,” the spokesperson added. Being a customer-focused organization, Zong 4G has adopted a subscriber-level SIM blocking and CNIC blacklisting service to control fraudulent users. Customers continue to be at the heart of everything Zong does and the awareness campaign is a testament to that commitment. 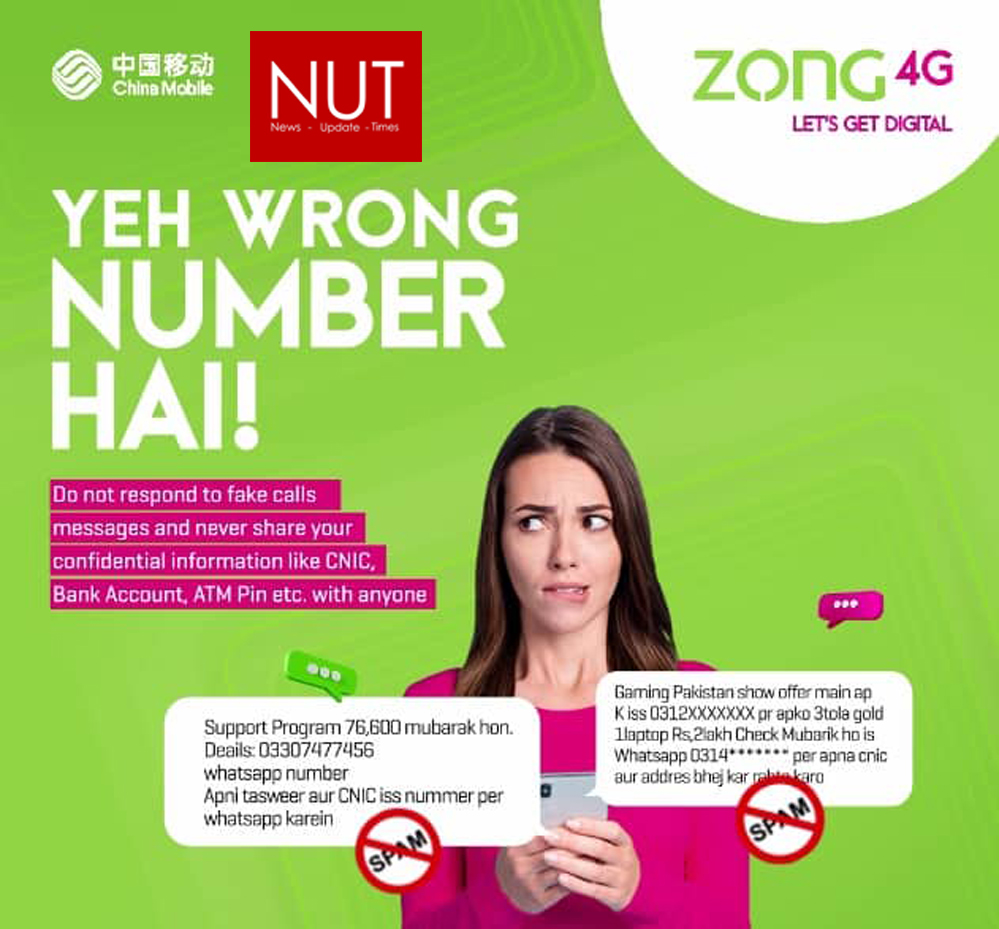