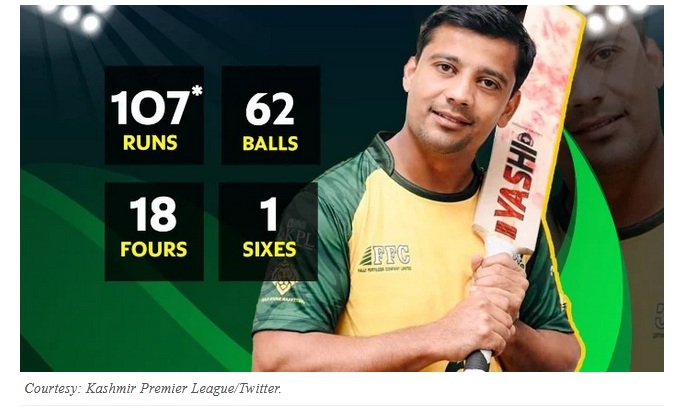 Zeeshan Ashraf of the Muzzafarabad Tigers made history in the Kashmir Premier League on Tuesday after he scored the league’s first ever century.  Ashraf played a pivotal role in leading his team to victory against the Kotli Lions.

Ashraf scored an impressive 107 runs for 62 balls, helping the Tigers’ chase most of the 196-run target.

The opener’s impressive innings handed him the Man of the Match award at the end of the night and also the honor of scoring the first ever century for the KPL.