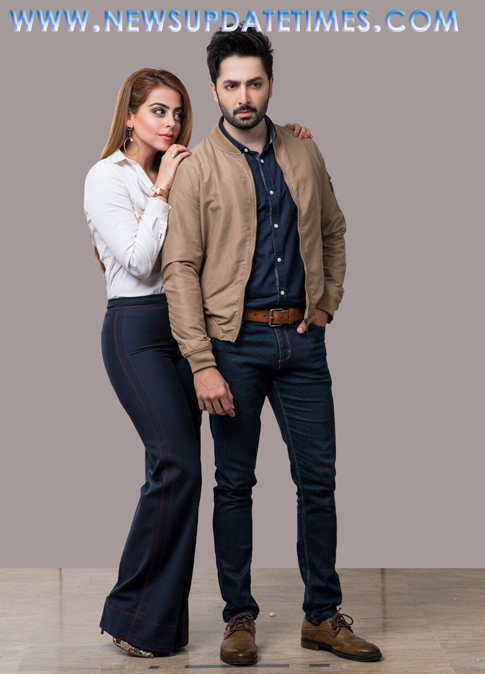 Lahore (Muhammad Yasir)  Yashma Gill, known for her vivid persona is on the verge of showcasing an entirely new avatar in her upcoming drama “Ab Dekh Khuda Kia Karta Hai.”

The drama is produced and directed by Syed Ali Raza Usama with a screenplay by Ameer Shah Hussaini. The star cast includes Danish Taimoor and Sanam Chaudhry alongside Yashma Gill.

Through the promos on air currently, it can be concluded that Yashma is being deceived and wrongfully exploited by Danish Taimoor’s character. She is portraying a role that is completely diverse from her past endeavors, and kicking that off with killer acting skills which she has gotten known for in her short acting career. She looks stunning in the promos while wonderfully depicting an aura of melancholy surrounded her.

In a short acting career, Yashma has managed to showcase her acting prowess in some major dramas namely Iltija, Qurban, Meri Saheli Meri Bhabi and Ghar Titli ka Par, and now much to our job, the new sensation is ready to win our hearts in her new serial.