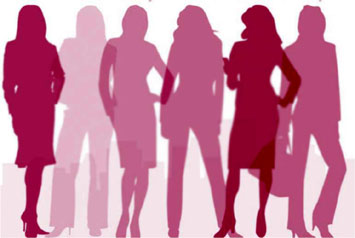 Lahore – Punjab Minister for Women Development Department Hameeda Waheed ud Din has said that the provincial government has taken an important initiative to include 33% women on government boards and committees under Punjab Fair Representation of Women Act 2014.
She was addressing a networking workshop on Women Leadership Organized by the Punjab Commission on Status of Women at Lahore Chambers of Commerce and Industry here today. She said that the Punjab government is fully committed to empowering women by taking a number of practical steps.
She said that at least 33 percent representation of women on all boards, and committees of statutory organizations, public and special task forces is being ensured.
She said that creating space for women in decision making bodies will result in major transformation and gender diversity in the society.
Chairperson PCSW Fauzia Waqar said that 33 percent representation will provide women to play their due role in decision making share their voices, experiences and approaches within the public sector. She said that the government is committed to bring women into the main streem of development and decision making along with men .
President Lahore Chambers of Commerce and Industry Abdul Basit, former President of Women Chambers of Commerce and Industry Dr. Shehla Javed Akram and other participants said that the women are playing a positive and constructive role in the society. They lauded the efforts and role of the Women Development Department

K-Electric Holds Election of Board of Directors