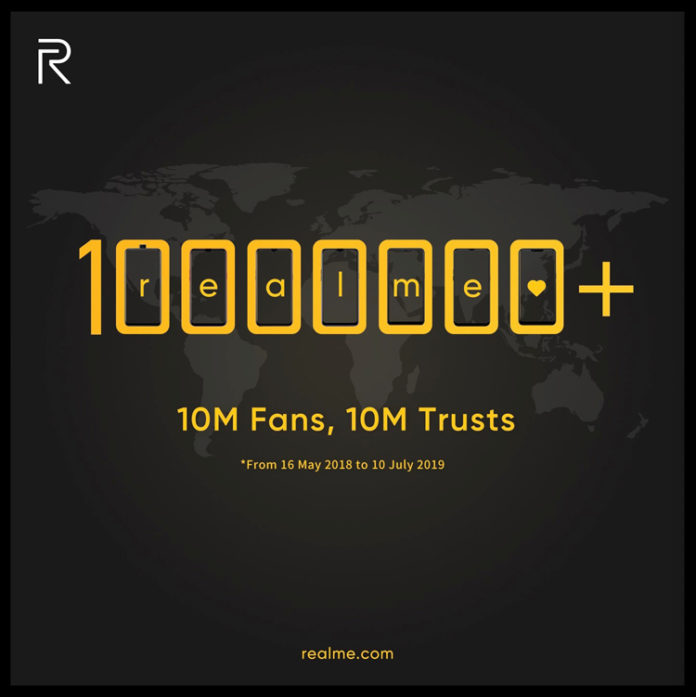 Lahore (Muhammad Yasir) Emerging smartphone brand realme, with its “Dear to Leap” brand attitude, has achieved tremendous development in only one year of establishment. Since the first realme product released on May 16, 2018 until July 10, 2019, the number of worldwide user of realme has passed 10 million! realme has been constantly imposing the original idea of allowing more young people to enjoy quality life that is brought by “technology” and “beauty.”

As a young brand that “Dares to Leap”, realme has been continuously making innovations breakthroughs, and bringing more products full of surprises to young consumers. According to a report by the international authoritative analysis institution Counterpoint, realme’s global shipment registered 4.7 million units worldwide in Q2 2019, an increase of 848% year-on-year, and became one of the top 10 mobile phone manufacturers in the world. It is also worth to mention that realme is the fastest to enter the global top 10 mobile phone brand within only one year of establishment.

Sky Li, the founder and CEO of realme said, “we hope to provide young consumers with more surprising products within the same price range and exceed their expectations in every aspect.” It is the idea of not blindly following the “cost-effective” development approach that made realme stands out in the highly homogeneous marketplace.

So far, realme has successfully entered 20 markets including China, India, South East Asia and Europe. By being deeply rooted in the local young pop culture, setting stage for young people to show themselves and making friends with young people, realme has gained vast recognition among young consumers.

Obtaining 10 million users in one year is hard-won for new brands. This number will continue to grow as realme’s global market continues to expand and deepen. More young people who agree with the “Dare to Leap” spirit will come together and let the young power be heard by the world.

Since its entry in to the Pakistani market less than 7 months ago, realme powered by Oppo, has already launched 5 products across different price segments from premium flagships to trendy mid-rangers, all designed particularly for the youth. realme is proving it has planned an even steeper growth trajectory than its parent company through a targeted focus on the youth. Pakistani realme fans have been given a taste of fast paced innovation by the brand through various features like the new technology of a superior VOOC charger in 3pro or an extremely powerful processor that plays freefire in its price range for the first time beating every other competitor. They have continuously taken a leap forward in both design and performance but the golden egg is still keeping the price affordable for the youth. The brand has a youthful identity not only in its devices but also in its business and sales tactics. Realme accomplished tremendous growth records by creating flash sales and primarily selling products online. This is also in tune with its snappy young customers who get a stylish and fast partner that suits their style in realme. Daraz has seen new sale records with each price drop with the entire stock being sold out in minutes or even seconds at instances. 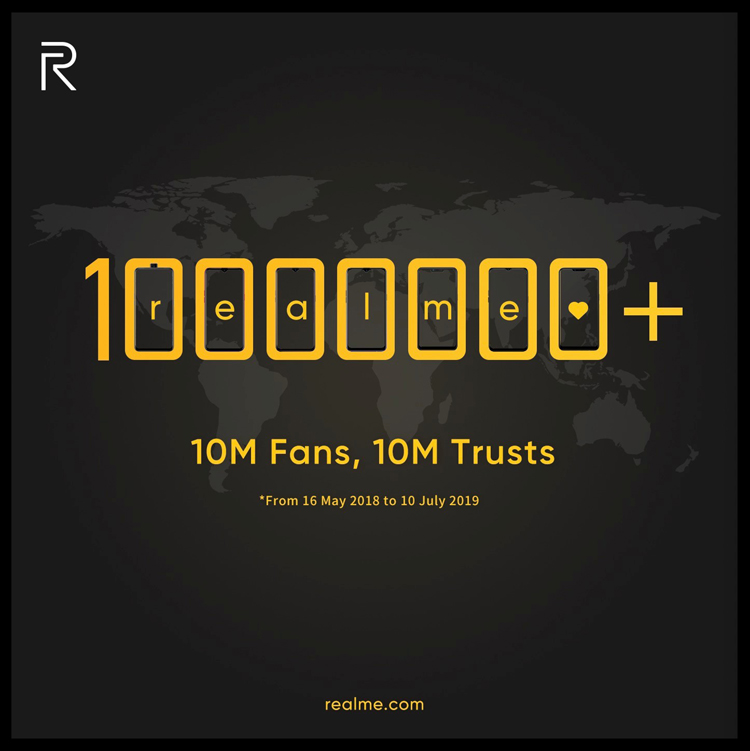