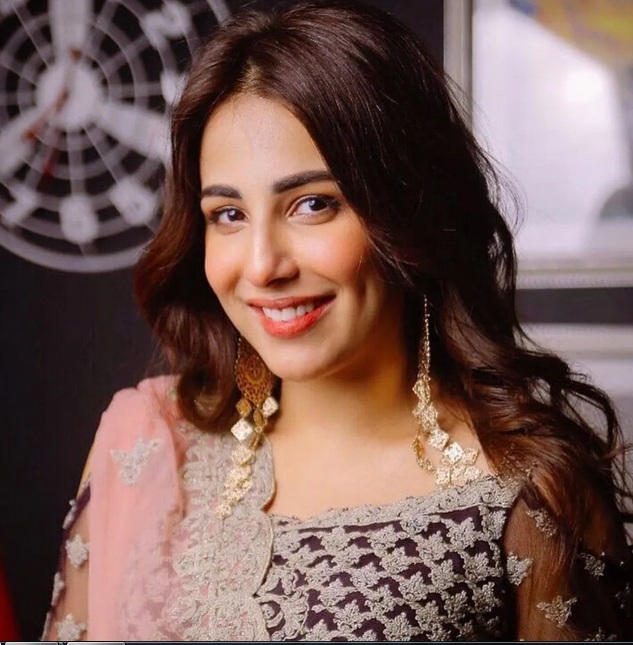 The actress met the star cricketer on a flight but she stopped short of describing about the flight. However, in her Instagram Story, Ushna Shah dropped the reveal that she had been on her way to Lahore where she will take part in the shooting of a film.

The actress further said she will play a leg-spinner in the upcoming movie.

“On a flight with Shahid Afridi bhai. Hands down the biggest star in Pakistan yet so humble,” said the Parizaad actress in a tweet. 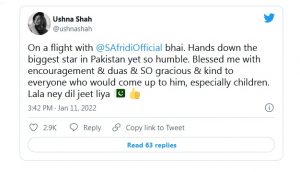 “Blessed me with encouragement & duas & SO gracious & kind to everyone who would come up to him, especially children.”