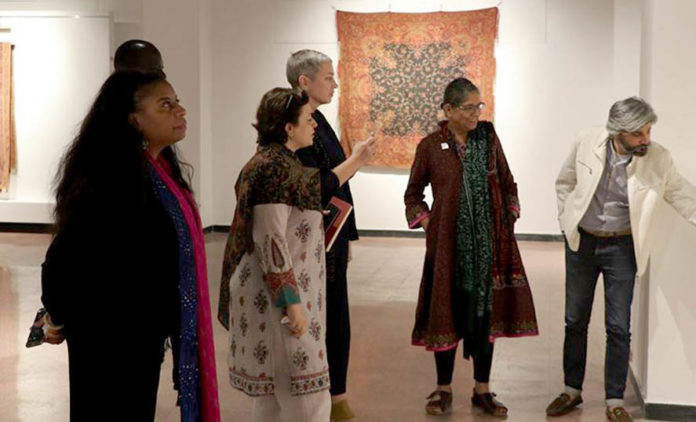 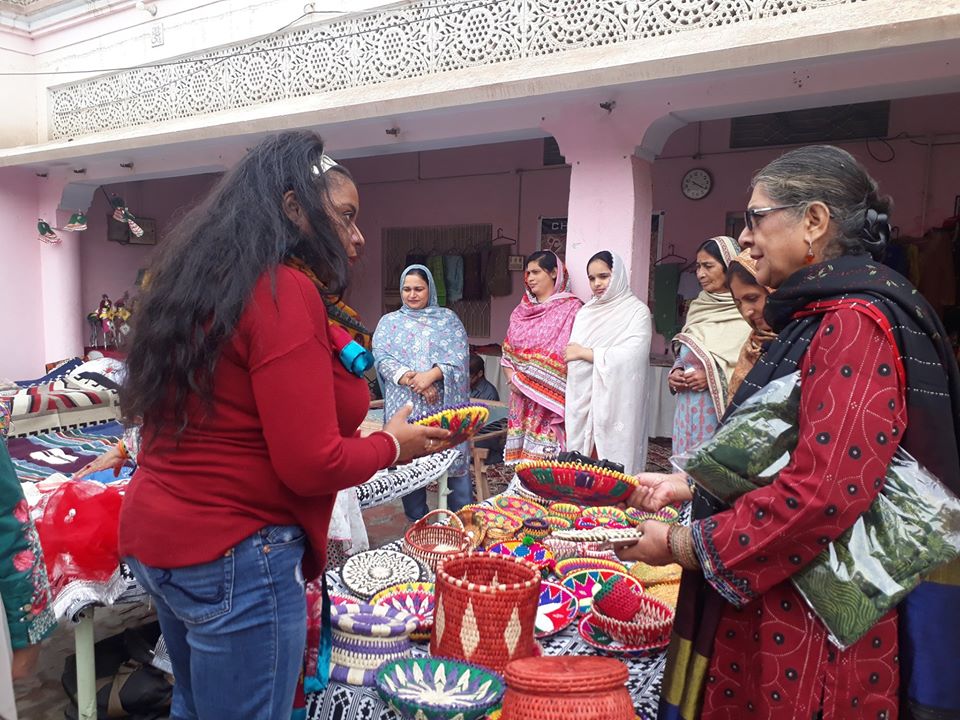 The delegation was given an opportunity to interact with artisans from South Punjab region at the IAC. They took great interest in the craft of pit loom weaving and chunri tie dye. The artisans also had the opportunity to share various techniques of the craft with the visitors. Ms. Stevens and Mr. Musa were very impressed by the work of the textile design students at IAC during the workshops. Different opportunities for the export of artisan products to US Markets has also been explored with the delegation in a conference that was attended by officials of visiting US delegation, including officials from University of Texas and City of Austin, VC Prof Sajida Vandal of IAC, Mr. Arslan Sheikh, Head of Marketing SEFAM group, and the faculty of IAC and NCA. 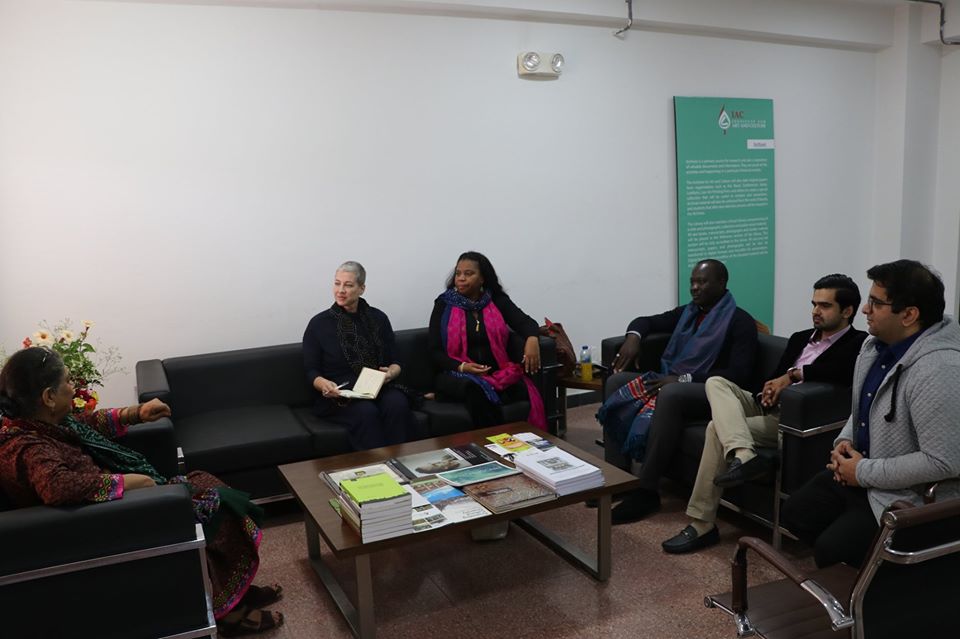 Prof Sajida Vandal briefed the delegation on the artisan network and collaborations with IAC in South Punjab region. The delegation then visited Multan to experience the culture, crafts and interact with the community. The group was welcomed by Mr Ali Raza Gardezi on their visit to the shrine of Sufi saint Yusuf Shah Gardezi. Prof Sajida Vandal shared valuable insights with the delegation on the Sufi order, traditional architecture and blue tile work, which is famous in the area.

The delegation also visited the exhibition ‘Kashmir: The Thread that Connects Us; Dast-e hunar zinda ha’ at the IAC gallery. They appreciated curator Dr. Sadia Pasha’s efforts to showcase a variety of Kashmiri shawls & other woven textiles to the viewers with an aim to shatter myths and correct biases about the exquisite crafts of Kashmir. They also acknowledged IAC’s vision of inspiring scholars to generate scholarship by putting such artefacts on display, collecting archival materials & oral histories about them in the IAC Archives, which US designer Musa Ato and TV Director-Producer James Williams visited and appreciated as an excellent endeavour.

As the four day event was concluded, academic linkages between the IAC and the South Asia Institute and the Department of Apparel and Management at the University of Texas was agreed upon. A student exchange program and capacity building initiatives with the ACC Fashion Incubator, Austin Fashion Week and Fashion For Good were also decided. IAC designed cultural products and merchandise will also be exported and placed at certain retail precincts. The IAC is also inviting incoming students to their spring 2020 semester, providing the young and talented students new opportunities to showcase their talents on a global scale.

Kathak is One of the Most Popular Classical Dance Forms in...