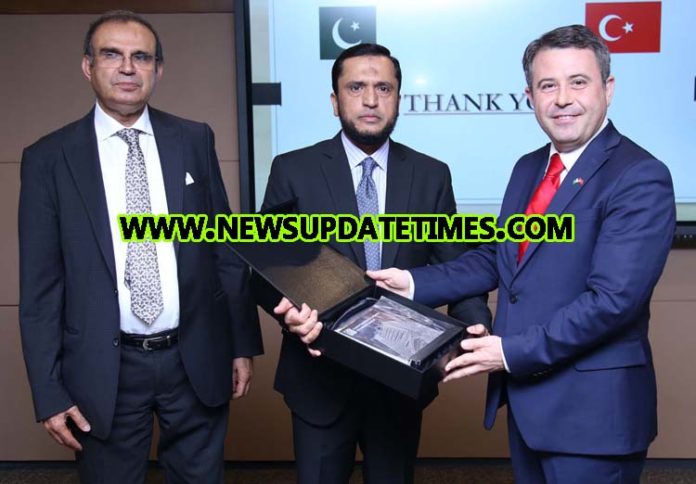 Lahore (Muhammad Yasir) A delegation from the Turkish Consulate General in Karachi, headed by His Excellency Mr. Tolga Uçak, Consul General of Republic of Turkey, and his team visited the Central Depository Company (CDC) on April 18, 2019. Representatives of leading Pakistani corporates and Turkish Businesses in Pakistan attended this event.

Mr. Moin M. Fudda, Chairman CDC Board of Directors, and Mr. Badiuddin Akber, CEO CDC, welcomed the delegation. Mr. Moin M. Fudda spoke briefly about the long term friendly relations between Turkey & Pakistan while stressing on the need to foster greater ties on economic, business and other platforms. Mr. Badiuddin Akber gave a presentation on the achievements of CDC and its key role in the development of Pakistan’s Capital Market. He also spoke about the collaboration between MKK Turkey and CDC Pakistan, the securities depositories of both the countries.

Consul General Mr. Tolga Uçak apprised, while giving his presentation at Central Depository Company about the Turkish economic status, in particular macroeconomics, growth rate and investment. He further stated that Turkish exports to the world are increasing on yearly basis and made a peak last year. He stated that bilateral trade between Turkey and Pakistan is on rise.

Mr. Ucak also briefed the participants about banking and finance sector of Turkey and Turkish official development assistance to the world. He further explained overall tourism figures of Turkey as well as bilateral tourism relation between Turkey and Pakistan. 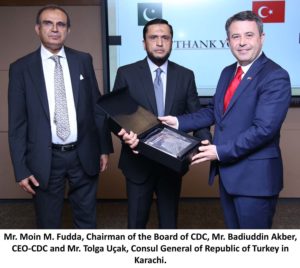 GTR Road to Recovery After Losses Due to Covid-19