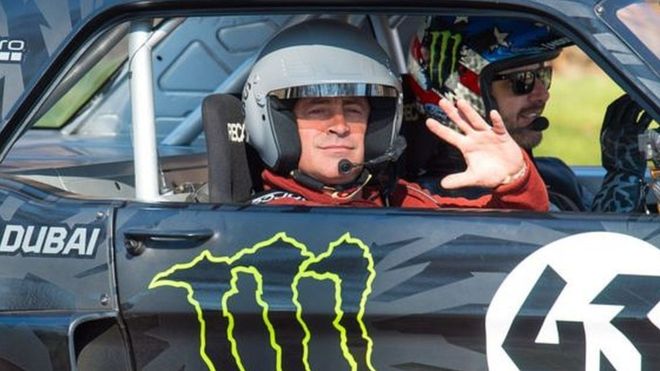 US star Matt LeBlanc has signed a two-series deal with the BBC to continue hosting Top Gear.

LeBlanc will be joined by Chris Harris and Rory Reid with regular appearances from Eddie Jordan, Sabine Schmitz and The Stig.

Co-host Chris Evans stepped down from the BBC Two show after one series.

BBC Two editor Patrick Holland said: “I am thrilled Matt LeBlanc is returning to Top Gear. He’s a huge talent whose love of cars is infectious. ”
‘Warmth and passion’

He added: “I can’t wait for the series to return to BBC Two next year.”

Mark Linsey, director of BBC Studios, says: “Matt was hugely popular with Top Gear viewers last series with his humour, warmth and obvious passion for cars and for the show, so I couldn’t be more delighted that he’s agreed to come back and do more for us.”

Harris and Reid will continue with their BBC Three show Extra Gear, whilst also appearing with LeBlanc on the main BBC Two series.

Last month, the former Friends star said he was keen to return for a second series of the motoring show. 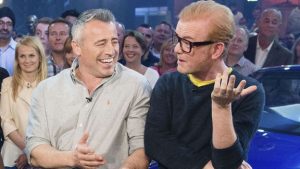 Top Gear’s prospects were thrown into doubt in July when Evans, his co-host from the last series, announced he was stepping down.

Speaking after his departure, Evans said the series had proved LeBlanc and Top Gear “were made for each other”.

LeBlanc was “the man” and a “total mensch”, Evans said, scotching reports that the pair’s relationship broke down during filming.

Evans’ resignation followed falling ratings, with overnight audiences dropping from 4.4 million to 1.9 million viewers during the course of the 23rd series.

BBC Radio 2 breakfast show host Evans said working on Top Gear had been an “honour, privilege and pleasure”, and he had tried his best at the helm but it “was not meant to be”.

Former presenter Jeremy Clarkson left the show last year after an “unprovoked physical attack” on one of the show’s producers.

His co-stars James May and Richard Hammond also exited the show. All three have since been signed up to present a new motoring programme for Amazon Prime called The Grand Tour, which will begin airing on 18 November.

The new team, including Evans and LeBlanc, were then chosen to front last year’s six-part series.