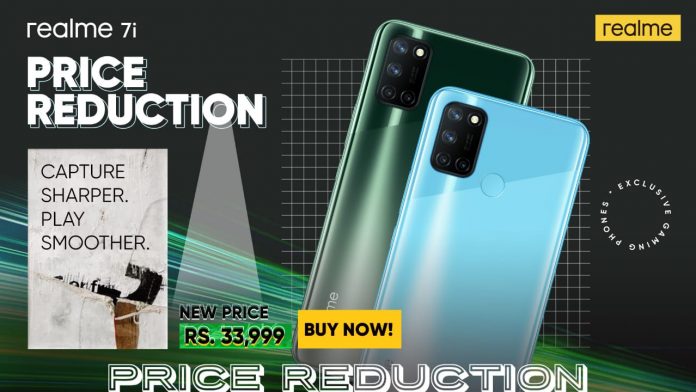 Lahore (Muhammad Yasir)  The young and trendsetting smartphone brand, realme has once again brought forward an eye-catchy deal for its young customers. realme has dropped the price for its Performance King Phone, realme 7i from PKR 39,999 to only PKR 33,999. With an impressive 64MP AI Quad camera, realme 7i came as one of the best camera phones in this price segment.

realme 7i came as the successor for realme’s famous number series. The phone is equipped with a high-resolution 64MP AI Quad Camera, a 90 Hz Ultra Smooth Display and a 5000mAh Massive Battery. realme 7i became a great seller with its trendy design and performance. It supports three built-in popular night filters, Cyberpunk, Flamingo, and Modern Gold to capture the nightlife stylishly.

After the success of all previous number series phones, realme 7i opened new horizons with its amazing camera and high-end features. The phone was also accompanied by multiple AIoT and Category N products. realme 7i became an instant hit after its release and is now ready to take the market with its discounted price of PKR 33,999.

With the ‘Dare to Leap’ vision, realme brings trendsetting designs, improved software, and impressive hardware in a competitive price range. The 7 series was met with great enthusiasm in the market because of its features, and the price drop to an exclusive rate of only PKR 33,999 makes all the more reason to get your hands on one now! 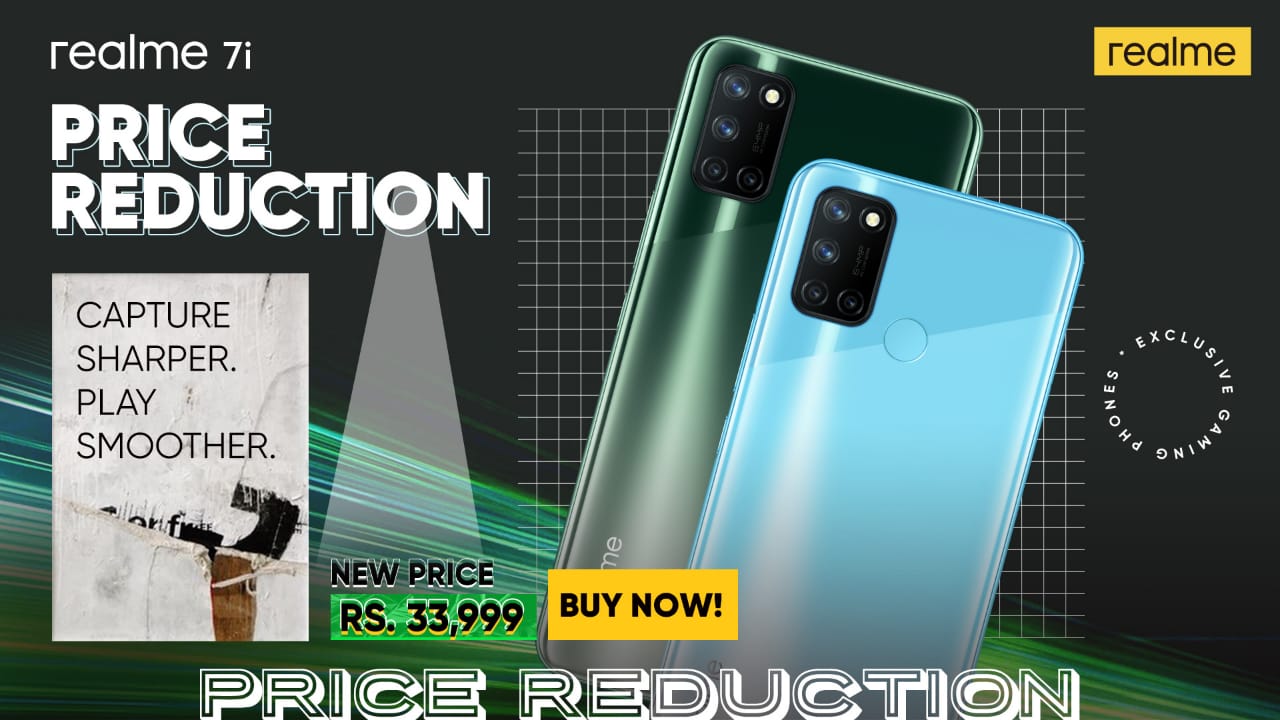