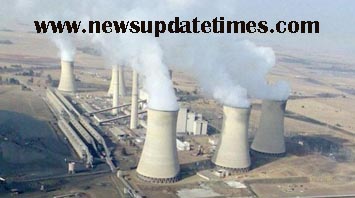 Karachi – Former Governor State Bank and eminent economist, Dr. Ishrat Husain said on Sunday that Thar Coal projects will turn the currently underdeveloped district Tharparkar into a developed region.“The Pakistan government and other corporate sector organizations should adopt the social development model devised and implemented by the Sindh Engro Coal Mining Company (SECMC) in Thar to help the uplift of other lagging areas of the country,” he added.He was addressing the inaugural ceremony of a Thar Foundation-established school in the village Abban jo Tarr, Thar Coal Block II. A handicrafts center was also inaugurated at Thar Block II, Model House by Ameena Saiyid, head of the Oxofrd University Press.The center has been established by Thar Foundation to empower the Thari women economically by removing the middleman factor. Dr. Ishrat Husain lauded Thar Foundation’s social development model saying, “We could do away with illiteracy, poverty, and hunger if Pakistan’s private sector adopted the development model in place in Thar.”He said that mining and power projects are comparatively an easy job when juxtaposed with the area’s social and economic uplift, which are very well handled by the SECMC here. Dr. Husain added, “was quite a satisfying factor in the entire project.”Prior to the inauguration sessions, SECMC Chief Shamsuddin Ahmed Shaikh gave the delegates a comprehensive briefing on the mining and power projects as well as the community development program carried out from the Thar Foundation’s platform.

Head of Oxford University Press Pakistan Ameena Saiyid said that the cultural handicrafts made by the Thari women are commendable and that we should promote them at all potential platforms.

“SECMC’s bid to empower women of the area, socially and economically, in the form of women dump truck driving program is innovative and exemplary,” Saiyid said after engaging with the trainees of the program on the field.

Speaking at the occasion, SECMC chief Shamsuddin Ahmed Shaikh reiterated, “The social and economic uplift of Tharparkar is part of their duty and not something as favour.” “Provision of free quality education for children, safe drinking water for communities, and modern-day health facilities for constituting our commitment,” Shaikh asserted.

Daraz and HBL team up to announce HBL Wednesdays!