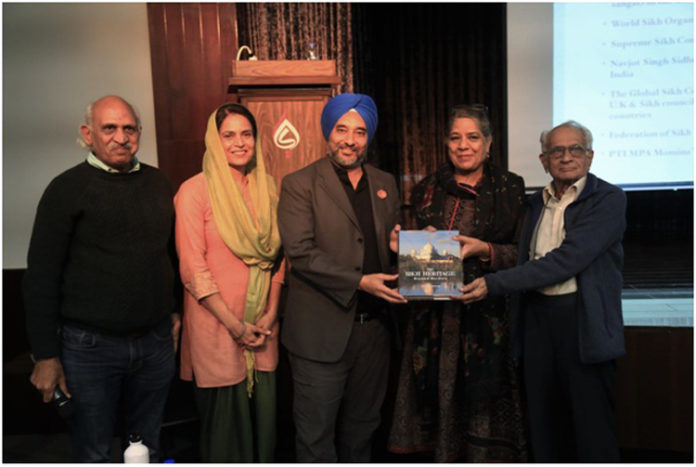 Lahore (Muhammad Yasir) Ms. Gurmeet Kaur, a Punjabi folklorist and author, and Dr. Dalvi S. Pannu, a dentist and an author, visited the Institute for Art and Culture to discuss the importance of preserving the Punjabi language, culture and heritage, their books on Sikh Heritage and the significance of the Kartarpur Corridor for the Sikh Diaspora all over the world.
The Vice Chancellor, Prof. Sajida Haider Vandal welcomed the esteemed guests and informed them that the importance of preserving and literacy of the mother tongue was the foundation of the IAC and hence Punjabi is a compulsory subject at IAC. She reiterated that language has an important role to play in the preservation of cultural and heritage. She also appreciated the efforts of IAC in working towards conservation of heritage and culture and informed the guests of the UNESCO project that has been awarded to the IAC to create Integrated Site Management Plans for Gurdwara Rorhi Sahib, Eminabad, and Gurdwara Sacha Sauda Sahib, Farooqabad, a project funded by the Punjab Tourism for Economic Growth (PTEGP) supported by the World Bank.
Ms. Gurmeet Kaur said that our generation will be devoid of our language as no one reads or writes it anymore. She quoted a famous saying, “You don’t know where you’re going, until you know where you’re coming from,” and that is why it is essential that Punjabis claim their language, history, culture and traditions to chart their path for the future. Her aim is to make Punjabi fashionable for children so they are proud of this language. She writes in both Gurumukhi and Shahmukhi.
During her visit to Pakistan from Canada last year, she had the pleasure of visiting Gurdwara Kartarpur Sahib and she was ecstatic at this initiative taken by the Government. She relayed a brief history of Kartarpur Sahib to the audience; Baba Guru Nanak Ji set up this place as a self-sustaining ecological township that promotes honest labour. The Gurus later then traveled and propagated the model of Kartarpur to other places and other gurdwaras.
Kartarpur was a community exemplifying pluralism and equality and everybody was equal there. It was the first school of Sikh ethos, literature and educators. Hence she requested the government that future development plans created in regard to Kartarpur should be drafted to preserve the essence of Kartarpur and a one kilometre radius around the Gurdwara Sahib should be an ecological sanctuary. The Sikh diaspora treasures and values the living soil around the structure and wishes to be one with the surrounding just as Baba Guru Nanak Ji had.
The other guest Dr. Dalvi S. Pannu, has been working with Pakistan for the last fifteen years. He also reiterated that the land of Pakistan is holy for us Sikhs and we feel the same as when Muslims land in Makkah and Medina. For his book, “The Sikh Heritance,” he studied 240 buildings in Pakistan that are all associated with the Sikh scriptures. His book incorporates the Persian and Muslim history and the development of Sikh religion in the region to highlight our shared history and heritage. He said that Sikh scriptures and the answers of all our academic questions are found in Pakistan and lauded the efforts of the Lahore library in preserving the original scriptures, despite tensions and conflict in the past. 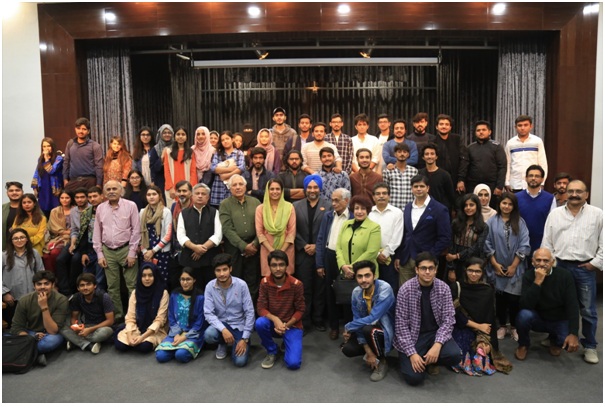 Buckle & Seam joins hands with The Citizens Foundation (TCF) to...