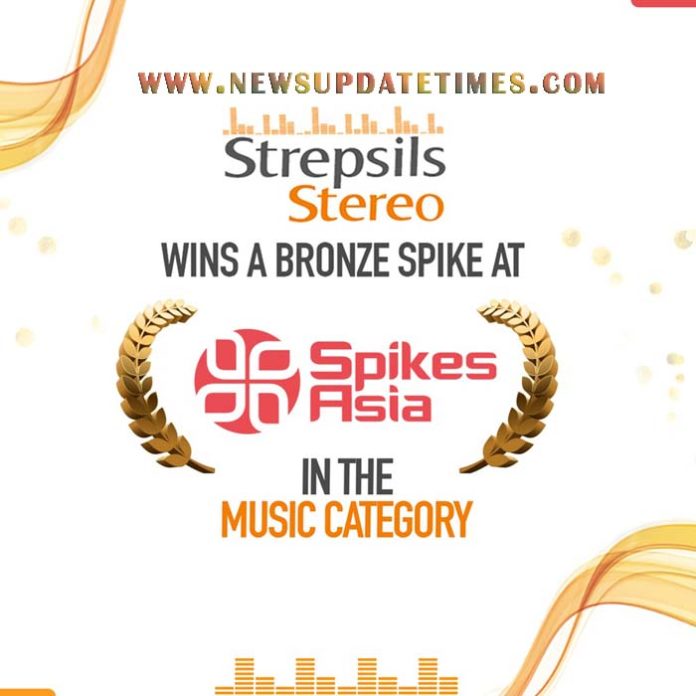 Lahore (Muhammad Yasir) Strepsils Stereo, becomes the first Pakistani music platform to win a Bronze Spike in the Music Category at the Spikes Asia 2018. It was one of the four campaigns from Pakistan that won an award at the creative festival of Asia this year. The festival was held in Suntec, Singapore from September 26 to 28, 2018.

Fahad Ashraf, Chief Executive, Reckitt Benckiser Pakistan (makers of Strepsils) said, “This is a proud moment for Pakistan to get recognized for an idea that seamlessly connects with the brand benefit and its audience. This award is a testament to the fact that big bold creative risks definitely pay off, as long as there is a strong brand connect and the idea is unique. We feel humbled that we were able to make an impression in such a prestigious competition.”

There are 21 categories in Spikes Asia, which set a standard for brilliant work in the Asia Pacific creative communications industry each year. This year there were over 50 diverse nominations in the Music Category with Strepsils Stereo being the only one from Pakistan. Other nominations included; INTEL China, PANTENE Indonesia, NIKE China, CLOSE UP India and GOOGLE Tokyo.

Ali Noor, singer and producer, BIY Productions, talking about the win said, “This is a win for original content and is a testament of the amazing local talent we have in Pakistan. It’s a proud moment for the Pakistani Music Industry for getting recognized at a global platform like Spikes, and it gives us the confidence that we are truly making a mark in promoting our country’s music!”

Spikes Asia is Asia Pacific’s most inspiring creative festival offering three days of learning, inspiration and networking for professionals in creative communications. In 2017, the event was attended by over 1500 individuals, with over 4300 entries and 22 participating countries.

Strepsils Stereo is a brand owned platform of Acapella, bringing people together to create music with their voice. The first season comprised of three songs; Khayal Rakhna, Rang De and Dil Jo Chahay. The season garnered millions of views on Facebook and YouTube. It also won the Pakistan Advertisers Society (PAS) Award 2018 for ‘Best in Hospitals, Healthcare & Hygiene’ in April 2018.