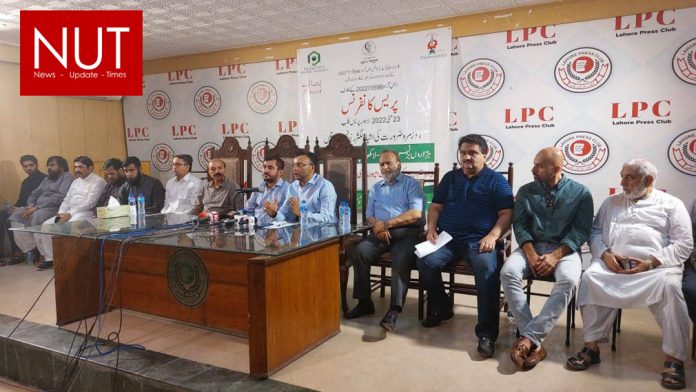 Lahore (Muhammad Yasir) Representatives of different importer, distributor and retailer organization expressing their concern over banning on imports have called upon the government to introduce a fuel management plan which according to them can ensure saving of US$ 240 million per annum.

‘Only fuel management plan can bring the country out of current economic mess and reduce current account deficit if the government introduces a five-day working week in all the government offices and permit all limit working hours of private sector offices and big malls under day light saving method,’ said Khalid Usman President Progressive Group, Muhammad Ejaz Tanveer President Business Forum Lahore and various others. They said recently promulgated SRO 598 (1) 2022 even bans the Fast Moving Consumer Goods (FMCG) which are daily use items and their monthly import bill is only US$ 50 million. The government also charge from 100 per cent to 150 per cent of custom duties and other taxes on this amount. They said import of petroleum products is around US$ 14.47 billion and government is also extending a cash subsidy of Rs 47 per liter. In their opinion this was the main factor behind current account deficit. They said retail sector is the second biggest contributor in the GDP after Agriculture and around 23 million people are attached with this sector and banning it would cause an irreparable loss to this sector. They said there are over 2 million retail outlets across the country and daily sale of imported items at small shops is 2 per cent of their sale, 9 per cent of the big general stores, 10 per cent of the departmental stores, 8.5 percent of the chain stories and 4 per cent of the daily sale of petrol pumps and roadside stores. They said if this sale is stopped then it would cause a reduction of 1 per cent in the national GDP besides depriving the national kitty from revenue and duties worth Rs 100 billion. They said instead the government should introduce a fuel management plan as if fuel consumption of official vehicles is curtailed by 200 liters per month can save the government US$ 240 million per annum. They said that Sunday should be observed as fuel free day in the country for a period of three months.

$22 MILLION INVESTED IN PAKISTAN BY NESTLÉ