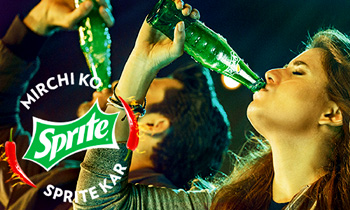 The campaign was aimed at empowering, promoting and supporting young entrepreneurs who exhibited extraordinary culinary skills and dreamed of venturing into the booming restaurant industry. The competition had a reach of almost 8 million people on social media and over 7,000 students registered for it. Moreover, the winning team was given funding to help them set up their proposed food startup.

The grand finale of the event took place at FAST University, Lahore. From various universities that showcased their talent only four teams from CBM, SZABIST, LUMS and FAST made it to the finals after a round of extremely competitive intra-college cook-offs. A panel of judges comprising Momina Mustehsan (singer), Misha Rehman (renowned food consultant) and Afrin Hussain (owner of Grill n Bake) judged the competition and declared ‘Mirchi Head Quarters’ from FAST winners of the competition.

Paymob signs up with medIQ to drive financial inclusion for payment...