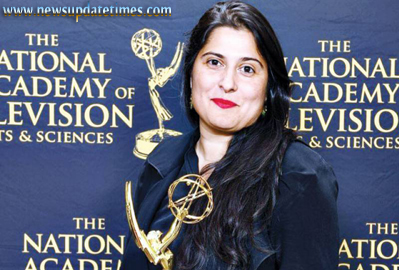 “It is an honour for my team to win the Emmy for best documentary! A Girl in the River started a discourse about honour killings in Pakistan but there is a lot of work still to be done and we are committed to continuing our advocacy,” said Sharmeen Obaid-Chinoy on winning the Emmy Award for her documentary A Girl in the River: The Price of Forgiveness.

The Oscar winning SOC Films and Home Box Office (HBO) production film, A Girl in the River: The Price of Forgiveness, is based on the practice of honour killing in Pakistan.

The documentary chronicles one young Pakistani woman who lived to tell of her escape from an attempted honour killing by her own family. The documentary had previously won an Oscar at the 88th Academy Awards and the coveted Alfred I. duPont-Columbia University Award, in 2016 and the Best International Television Award at the 49th Annual Robert F. Kennedy Journalism Awards in May 2017.