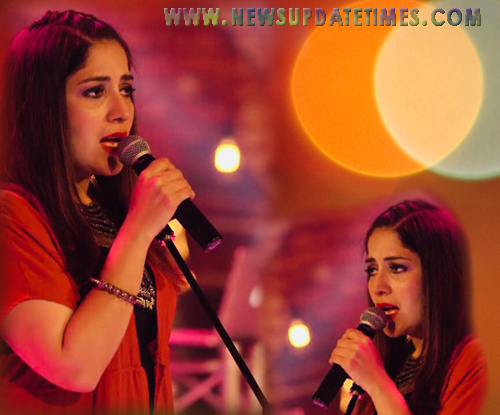 Lahore (Muhammad Yasir)  The soulful vocalist, Samra Khan owned the musical reality show Music Garage’s stage too well that she won the Best Solo Female 2018 award in the much hyped, heavily watched series, produced by Elite Films! The famed Pakistani singer rocked the stage and gained a huge fan base in no time. Her music has the propulsive rhythmic feel that leaves the audiences rapt.

Samra Khan came into limelight through Coke Studio Season 8. The hidden star performed alongside Asim Azher and delivered “Hina Ki Khushbu” – rendition of the Noor Jehan original track – so impeccably that left people awestruck! The rising star was then handpicked by Elite Films for Music Garage – first ever original series – along with other Middle East expats. And the talented diva won the Grand Event for Pakistan. Pakistanis have been praising her performances that have a refined edge needed to continue her appeal to a wider audience. After reaping massive admiration for “Hina ki Khushbu”, the singer opted to release her solo songs which were well taken by the audience. The melodious vocalist is banker by profession and trying to keep a balance in both fields.

Music Garage, started on April 7, was telecasted on a weekly basis and had a grand finale on May 26, 2018. It was the first season and considered to be the milestone for Viu – Vuclip’s over the top (OTT) platform – targeting South Asian residents in the Middle East. From the diverse market, all six participating bands and singers were given an opportunity to showcase their talent in each episode. The seventh episode was a recap of all performances and the grand finale featured the most voted male singer, female singer and the top voted band. And Samra Khan stood out and won the reality show through public voting. Her debut in Coke Studio changed her life tremendously and we wish her all the best for her future endeavors.