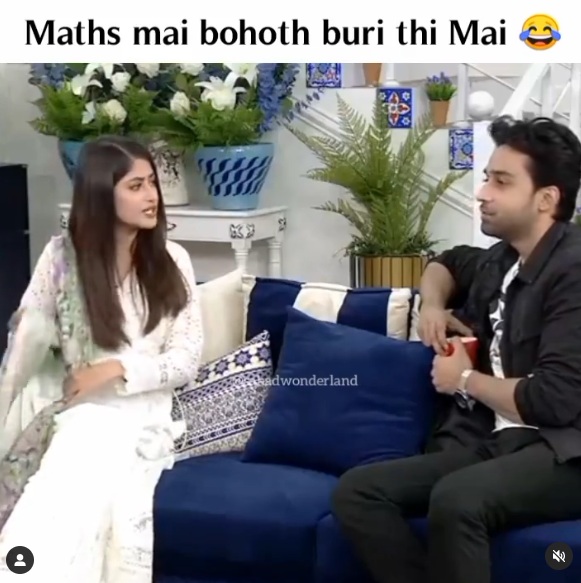 Star Actor Sajal Aly is detailing her ‘traumatic’ relationship with Maths in school.

In a rare clip during an interview with Nida Yasir, the Khel Khel Mein stars Sajal and Bilal Abbas Khan touched upon their first failure in life.

“Where do I start from?” Sajal asked co-star Bilal Abbas Khan, prompting a nod from him.

“I think you can fail in any step of your life, even during school tests. I remember I was very bad at Maths and I failed once,” shared Sajal.

She continued, “In fact, my relationship with Maths was very traumatic. We never became friends. Not like I did not try, I really tried hard but the subject did not like me {laughs].”

Meanwhile, Sajal and Bilal are currently busy promoting their movie Khel Khel Mein. The actors pose as university students in the theatrical film.

Levi’s celebrates the women changemakers with the initiation of #IShapeMyWorld