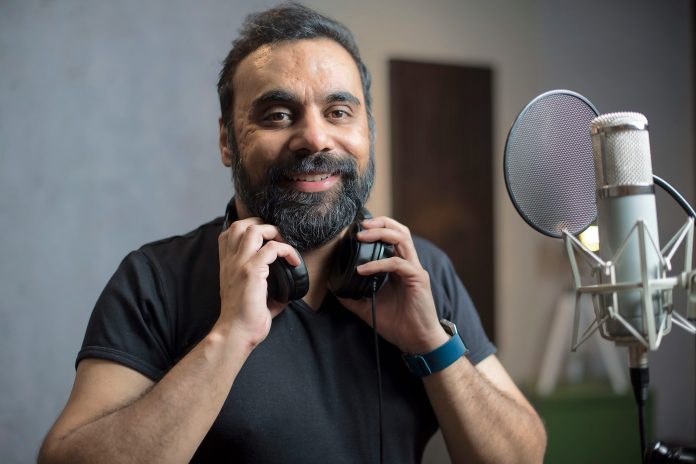 Celebrating the Real Magic of Pakistani music, Coke Studio has proudly released the official trailer for Coke Studio Season 14 – revealing the boundary-pushing artists that light up the season.

The Season is a new vibe, premised on the fact that music in 2022 is revolutionized. Fans are mainlining music direct and uncensored – the way creators intended. Bedroom producers and social media poets grab the same loyalty from their followers as mainstream stars. And they’re not afraid to say what’s on their mind.

If the old rules have gone up in smoke, it begs the question: what does a 14-year-old platform like Coke Studio really know about today? To answer that you have to take a look at the Coke Studio Season 14 roster; envisioned, assembled and let loose by visionary producer and curator Zulfiqar (Xulfi) Jabbar Khan.

It’s a mad mash-up of Gen Z soloists and the grandmasters that lit the way. This year’s reboot also embraces the bond between music, aesthetics and attitude. Each of the thirteen songs comes with a unique video, created by some of Pakistan’s most progressive directors including Kamal Khan, Murtaza Niaz, Jamal Rahman and Coke Studio veteran Zeeshan Parwez. Production managers and stylists were also invited to let their imaginations go wild. Visual storytelling is shoulder to shoulder with music this year because Pakistan’s film industry (having a low-key renaissance of its own) is impossible to ignore. With Pakistan’s premium live sound expert Ishaq Nazir and sound tech squad that included Sherry Khattak and Turaab Khan in pivotal roles, the result is a confessional season wrapped in delicious visuals and sound.

The cuts radiate optimism and big dreams. There are Abida Parveen, Naseebo Lal and Faisal Kapadia. There are Atif Aslam, Ali Sethi and the incandescent Meesha Shafi, Momina Mustehsan and Quratulain Balouch. But there is also formerly-indie-now-Grammy-nominated Arooj Aftab and socials-big artists like Hasan Raheem, Kaifi Khalil and Shae Gill – seriously talented performers on the cusp of blowing up. There are also risky cross-overs like Young Stunners in a ballad and metal overlaid by Faris Shafi. Dynamic performers such as Soch, Asfar Hussain, Lahore Jazz Ensemble, Zain-Zohaib, Karakoram, Eva B, Abdul Wahab Bugti and Ameer Buksh, Butt Brothers and Justin Bibis round out the roster. It’s all held together by visionary collaborators like Abdullah Siddiqui, ActionZain, Talal Qureshi, Adnan Dhool, Arsalan Hasan and Rovalio. Fusing them all together was the masterstroke of Xulfi and Coke Studio.

Coke Studio 14 navigates hairpin turns in values and expectations as a platform for the thinkers of today. The performers, producers, directors and designers hold a mirror to the anxieties and the euphoria of now. It’s a complex ecosystem based on cooperation, not competition.

Their art verbalizes a collective feeling that we’re stumbling towards Faiz’s Promised Dawn. The lights have clicked on. We’re no longer shivering on the margins of the world, questioning whether we dare to exist. This is the era of Pakistan’s self-actualization, and as Pakistan’s biggest cultural export, Coke Studio knows it. “Artistic, talented, progressive – if we get our powers together, we are amazing” says Xulfi “For me, Coke Studio can open peoples’ hearts to Pakistan.” Each contributor bared their soul this season, embracing where they come from, speaking with conviction and man, it’s a joy to say: they’re ours, they’re ours, they’re ours.

The season reveal video can be viewed here: https://www.youtube.com/watch?v=sGXJ0c7XU88. The first episode of Coke Studio Season 14 will be released on 14th January 2022.

In the meantime, be sure to listen to your favorite songs from Coke Studio on Spotify https://open.spotify.com and keep yourself logged on to www.cokestudio.com.pk and https://www.instagram.com/coke_studio to follow the Coke Studio journey.