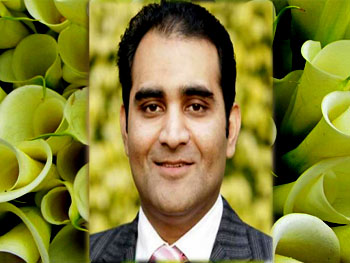 LAHORE – The Pakistan Cricket Board Saturday appointed its General Manager Media Raza   as Pakistan team’s media manager for the Champions Trophy, which will commence from June 1.

Having accompanied the Pakistan cricket team on numerous foreign tours, the PCB official has also served during the Under-19 World Cup, Champions League, and Pakistan Super League. PCB’s director media, Amjad Bhatti will also attend the Champions Trophy in England. Bhatti has also served as the media manager for two Tests last year during the England tour.

“Everyone is aware of the importance of the match between Pakistan and India on June 4 at the Edgbaston cricket ground,” Bhatti wa quoted as saying.

The importance of the Pak vs India match is such that it is PBC’s priority to handle team-related and other matters effectively, Bhatti stated while responding to a question about not accompanying the team this time around.

“PCB tries its utmost to improve our media-related matters under the guidance of renowned journalist Najam Sethi,” he said. “In the past, only print journalists covered the news. With changing times, now electronic and social media is quite active and headlines change after every hour. This is the era of breaking news and the PCB continues to strive to make its channels of communication with journalists more effective and efficient,” he added.