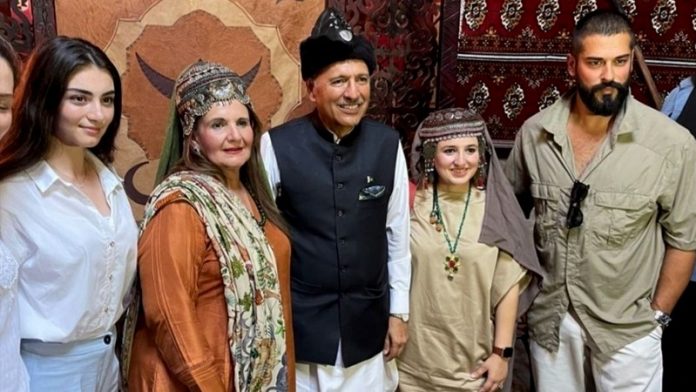 President of Pakistan, Dr. Arif Alvi and wife, Samina Alvi arrive at the sets of Kurulus-Osman to meet with the cast and crew of the show. 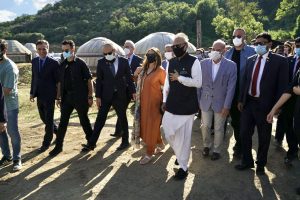 The duo, which is currently on a three-day official visit to Turkey, joined the cast and crew of the hit drama series on Tuesday. 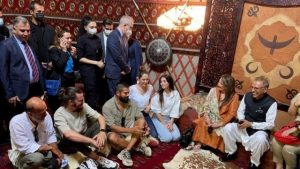 Photos and videos of President Arif Alvi visiting the sets of Turkish historical series Kuruluş: Osman with his wife are doing the rounds on social media.\ 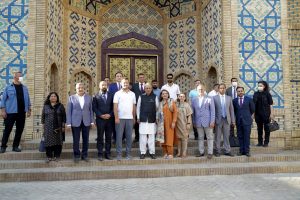 Kuruluş: Osman is the sequel to the popular series Diriliş: Ertuğrul. The photos show the president and his wife having a chat with the cast and taking photographs in tribal clothes and jewellery shown in the series. 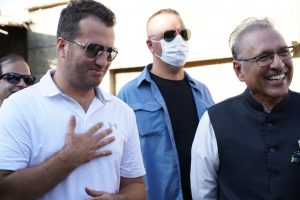 Dirilis: Ertugrul, comprising 179 episodes, was dubbed in Urdu and aired on PTV last year daily at 9:10pm on the instructions of Prime Minister Imran Khan. The series is based on Ertugrul, father of Osman I, who founded the Ottoman Empire. It instantly became a massive hit in Pakistan, crossing millions of views on YouTube.Kurulus started airing in Pakistan in Ramazan this year. The new episodes were announced by Senator Faisal Javed. 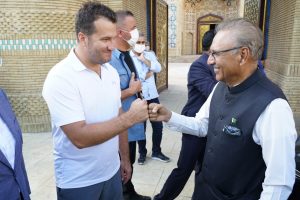