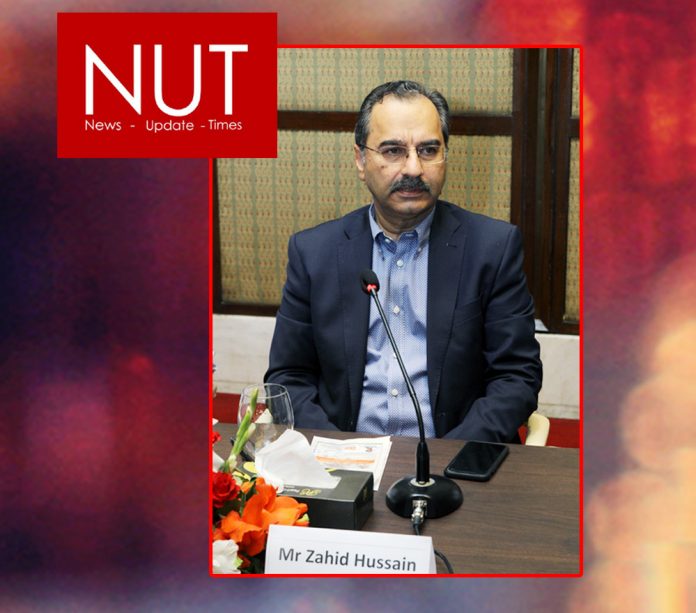 Lahore (Nut Desk) Chairman Pakistan Footwear Manufacturers Association (PFMA) Mr. Zahid Hussain has said that it is due to sustained growth that Pakistan’s shoes export is on the higher side and this stability in the sector is a welcome sign, mainly due to the effective and dynamic trade policy for which the government lent a commendable support.

“The govt decision to impose a ban on the import of imported goods is a wise and right decision. We call upon the government to sustain this ban for atleast five years so that the industry could grow and exports could be increased,” he said, adding that this measure will also lead to creation of 25,000 jobs for engineers, diploma, degree holders and skilled workers.

Mr. Zahid Hussain said that this would lead to the 100 per cent local shoes manufacturing during the next five years. “We had set the shoes export target of USD 1 billion for the year 2027, but hopefully, we shall achieve this target by 2026,” he said, adding the component and shoes-making production had increased to 20 per cent and crossed the exports target of USD 180 million.

He said that the PFMA is the part of the government strategy for cluster development, which will also augment shoe manufacturing sector to become the number in the region besides competing Brazil, Vietnam and China.

“We shall focus on the capacity development with the help of TEVETA to enhance our productivity,” he said, and added that the government should grant concession in the taxes. “The government has granted protection to the sector in tariff and it should also extend Extension in Local Taxes and Levies Drawback (DLTL) scheme so that the sector could progress and play an effective part in the income generation,” he maintained.

The footwear industry is facing some challenges which need attention of the key policy makers for immediate resolution. Some of the most important ones are the resumption of Extension in Local Taxes and Levies Drawback (DLTL) scheme for three years atleast to enable the industry to position itself in the international market and waiving off ACD and RD on all the raw materials for footwear industry and put them in lowest slab of custom duty to promote “Made in Pakistan Initiative.”