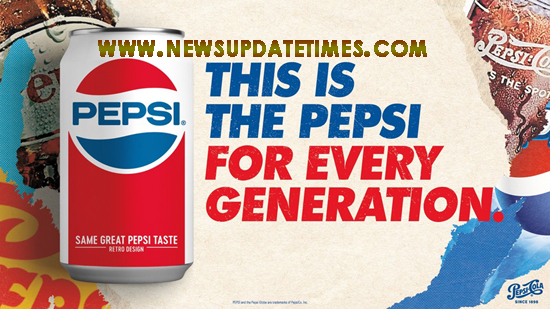 LAHORE  –  Pepsi Generations is an ongoing global campaign that marks 120 years of Pepsi globally. The campaign was also introduced in Pakistan, with a commercial spanning through different eras of Pakistan, featuring iconic stars like Fawad Khan, Zohaib Hassan, Wasim Akram and Reema. The country was transported back in time as classic neon billboards covered cities, and vintage Pepsi packs flooded the country .As a part of the Pepsi Generations campaign, Pepsi has forayed into fashion by bringing limited edition retro merchandise with three retail giants.

As a first ever in Pakistan, Pepsi has launched exclusive retro merchandise with Outfitters, Leisure Club, BTW (By The Way). This is the first time a brand has collaborated with fashion retailers on this scale to introduce capsule collections. Speaking about these partnerships, Marketing Director PepsiCo, Salman Butt commented, “The initial response on these exciting collections has been fantastic! We are fortunate to have found strong partners like Leisure Club, Outfitters and By The Way to support us in this endeavor.”

A special launch event, ‘Pepsi Generations Showcase’ was organized in Lahore to introduce Pepsi’s new exclusive clothing line. The event was held at the Avari Pavilion and was attended by the bloggers, socialites, journalists and Pepsi Brand Ambassadors. The event brought together the biggest names in the music industry along with high street fashion.