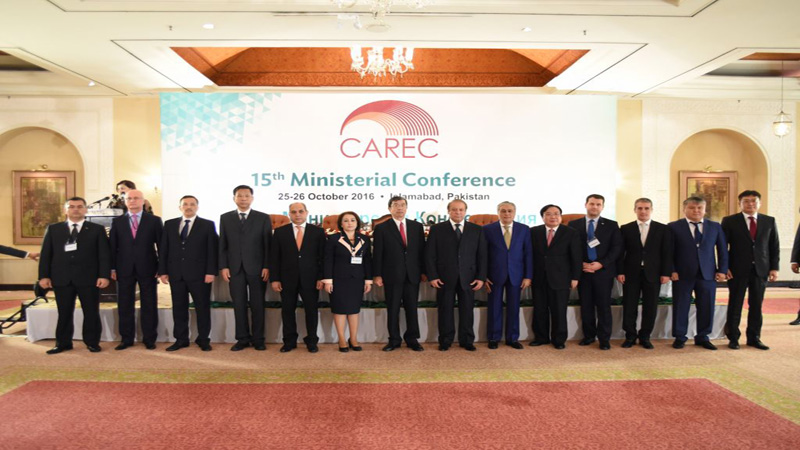 ISLAMABAD: Asian Development Bank (ADB) President Takehiko Nakao has said that the Diamer-Bhasha Dam was a gigantic project, but its funding was yet to be decided.

While speaking to journalists after an agreement signing ceremony on Wednesday, he said that the government of Pakistan was taking serious steps to prevent corruption and tax evasion. He said that good governance and law and order situation were the biggest challenges for the country’s government and it should continue to tackle it with reforms.

He said that the government should go an extra mile for bringing investments to Pakistan, as the country was going to become a member of the Organisation for Economic Cooperation and Development (OECD), and creating awareness about their tax policies they could attract a lot of investment.

He said that the ADB was providing assistance to Pakistan in the fields of energy and infrastructure. The bank has decided to enhance the financial assistance to the Central Asia Regional Economic Cooperation (CAREC) countries. An agreement was signed between government of Pakistan and the ADB for a loan of $250 million for the CAREC’s Regional Improvement of Border Services Project.

While speaking on the occasion, the finance minister thanked ADB for providing support to Pakistan in the border management sector. He assured Pakistan’s commitment to mobilise all possible resources for improving and developing regional connectivity and linkages particularly with Afghanistan and Central Asian Region. Furthermore, he mentioned that the government was very much keen to enhance economic cooperation with Central Asia. The components of the CAREC project were development of physical infrastructure at border crossing points, provision of equipments (scanner, weigh-bridges etc), IT hardware and software support-transition to single window system and streamlining cross border procedures and capacity development.

Senator Dar appreciated the leadership of President Nakao and thanked him for the continued commitment of ADB to support economic cooperation and development amongst CAREC member states. Senator Ishaq Dar also welcomed Georgia, the newest and 11th member of the CAREC family and said that it was a memorable occasion that Georgia joined the CAREC family at the 15th Ministerial conference hosted in Pakistan.

The multilateral and international development agencies congratulated Pakistan for holding the 15th Ministerial conference, stating that it is a sign of the country’s commitment towards regional cooperation, increased connectivity, shared prosperity and elimination of poverty. The finance minister while chairing the meeting gave an overview of Pakistan’s economy and said that all key macroeconomic indicators have recorded significant improvement in the country over the past three years. He underlined that improvement in fiscal sustainability, foreign exchange reserve position, and governance structures, has led to the emergence of Pakistan as a trustworthy and long-term destination for global partnerships, collaboration and investment. He said that the country was now well positioned to play a pivotal role in enhancing economic cooperation between CAREC member states. He emphasised the importance of developing road, rail and energy corridors within the CAREC countries and said that the China-Pakistan Economic Corridor would complement the regional connectivity initiatives of CAREC countries as it offers a massive opportunity for connectivity between Central Asia, Middle East and Africa and is bound to play a defining role in the economic development of CAREC region. The finance minister said that the conference provides a valuable opportunity for enhancement of regional ties in four areas of CAREC focus, which are energy, transportation, trade policy and trade facilitation. Minister Dar said that infrastructure development was a prerequisite to increased growth and urged the multilateral partners to increase their development collaboration with CARERC member states in this area to bridge the financing gaps.

Ufone and CSD partner for Increasing Accessibility and Special Deals for...