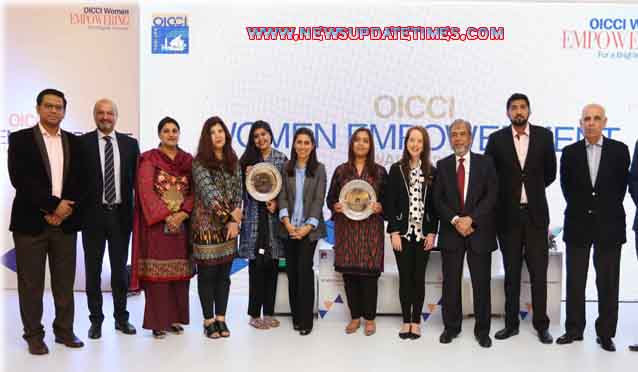 Lahore (Muhammad Yasir) The Overseas Investors Chamber of Commerce and Industry (OICCI) and its member companies understand the importance of the role of women in all walks of life and the potential for high economic growth of a country if there is equal participation of women in the economy; President OICCI, Irfan Wahab Khan, shared this in a message at the OICCI Women Empowerment Awards 2018 organized here in a local hotel.

Irfan Wahab Khan observed, “In Pakistan, women constitute a large ratio of the population and for the last few years majority of university graduates are women. Women are also the main consumers in a number of niche business sectors. If we do not give women equal employment opportunity, the economy will suffer.”

He further stated that “OICCI has been advocating for women empowerment for over a year and it is now the time to acknowledge efforts of OICCI members and give awards to the outstanding performers”, he added.

Vice President OICCI, Shazia Syed, said, “In a global world, empowerment of women and gender equality are essential tools to achieve sustainable development. Therefore, it is important to bring women into the mainstream so that they participate fully in all sectors, to build strong economies and improve the quality of life for women, men, families and communities.”

The ceremony was attended by a large number of CEOs, HR Executives and corporate professionals from different OICCI member companies, as well as diplomats and other distinguished guests. 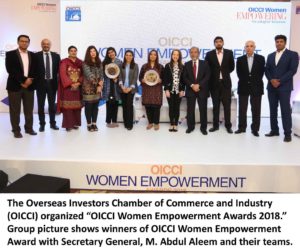 Highlighting the background of the awards, Secretary General OICCI, M. Abdul Aleem, informed that the ‘OICCI Women Empowerment Awards 2018 is the continuation of OICCI Women initiative which was launched last year in November where the OICCI started a movement amongst its member companies to empower women in the workforce and create gender equality within the organizations’. 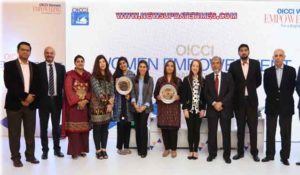 “Our members look forward to promoting more education, training and professional development for women by enabling a culture for attracting and retaining female talent. We are committing ourselves to advocacy not only amongst our members but also at national level by promoting equality through community engagement perspective serving to the marginalized section of the population and making a difference at large,” he added.

The awards were judged by an independent jury who vetted the performance of the companies from different angles and awarded the best performers in overall and in five other categories. Three companies emerged victorious across all the categories and won top three positions for the main “OICCI Women Empowerment Award 2018.” Telenor and Nestlé were declared the first and second runner-up while Unilever won the top position and became ‘Champion of 2018.’

The representatives of the winning companies shared their best practices with the audience and promised to broaden their horizon in the area of women empowerment as there is still a long way to go in Pakistan.

The OICCI Managing Committee congratulated the winners and hoped to see OICCI Women initiative become an inspiration for all organizations across the country as well as in other walks of life. 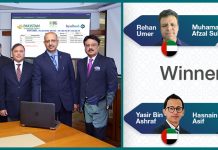 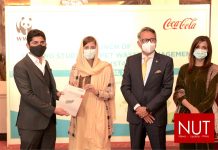 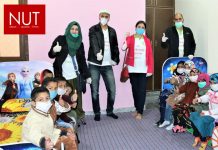 Infinix Note 8 is a real photography king with 64 MP...

Blockstack – A New Internet Where You Own Your Data Comes...

Thar Energy Limited would be a game changer for Pakistan says...