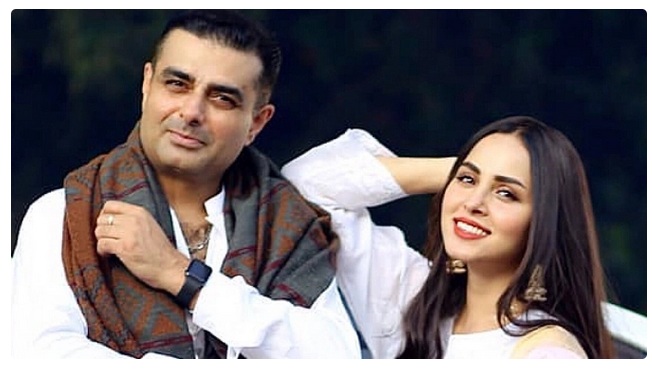 Nimra Khan’s ex-husband Raja Iftekhar Azam confirmed that the two had a bitter separation, saying in a recent video that he “got rid of her.”

Seen answering questions in a recent video that is now doing rounds on social media, Azam rather affirmatively says, “We are divorced,” before answering further questions in a more demeaning way.

When asked why he got divorced, Azam said, “Because I wanted to… I am old enough,” with a chuckle. “I got rid of her. She was a headache… proper headache,” he said when asked whether he divorced Nimra Khan or she parted ways.

Azam can be seen smoking in the video, leading many to question whether he said what he said in a drunken stupor because of his slightly slurred speech.

Just last week, Nimra Khan had addressed long-standing rumours about her marital status for the first time since she reportedly split from her husband.

Nimra, who tied the knot with Azam during the first COVID-19 lockdown in April 2020, made headlines after she cleared her social media of any pictures with him. Many suspected that the couple had separated, however, Nimra Khan chose to keep mum about the situation.

Months later, during an appearance on a local talk show, Actor Nimra Khan was asked why she deleted pictures with her husband, to which she replied, “Can we not discuss this please!”

After her initial response, the Bhool actor added, “One shouldn’t be sharing everything about their personal life on social media, because in a way you start living your life according to others, and that does not bring happiness.”

She was then asked if she has any plans to marry again, she shared, “My mother and father are looking for a proposal and all I need are your prayers.”