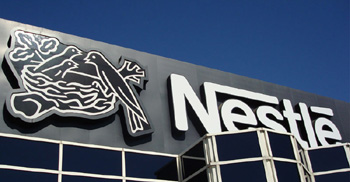 Lahore – Nestlé Pakistan recorded a strong first quarter, posting a growth of 13.8%, with an overall increase in its total revenue by PKR 3.68 billion as compared to the same period last year. The company reported overall earnings of 4.10 billion for the three months ended on March 31, 2017 as compared to 3.44 billion in the corresponding period in 2016. The financial results for the first quarter of the year were announced at the conclusion of the meeting of the Board of Directors of Nestlé Pakistan. The company’s earnings per share increased to PKR 90.42 per share in Q1 this year compared to PKR 75.89 per share last year. In terms of sales, the Nestlé Pakistan revenue stood at PKR 30.42 billion in Q1 this year.

ENA enters into an exclusive partnership with Jolta Battery, potentially worth...

Zong holds its Annual Business Conference 2021 digitally, adhering to the...