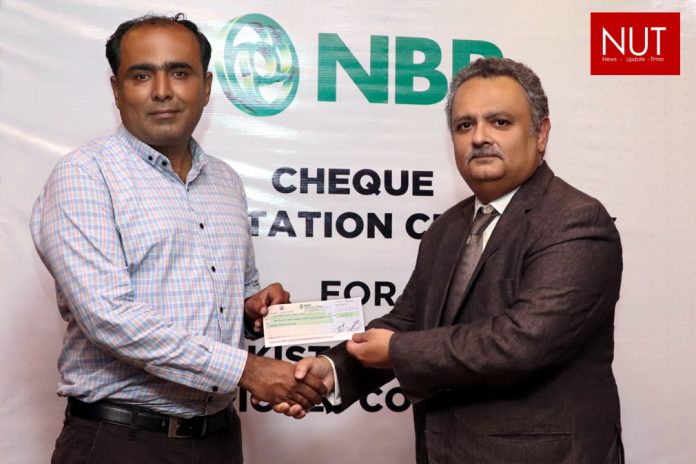 Pakistan Blind Cricket Council is the governing body of blind cricket in Pakistan and is a founding member of the World Blind Cricket Council. Since its establishment in 1997, the Council has been actively organizing national and international tours for talented and visually impaired cricketers in the country.

Sharing his thoughts on the occasion, Mr. Rehmat Ali Hasnie said ‘NBP, as the Nation’s Bank, has always believed in reaching out and supporting talent across all segments of society, including differently-abled athletes. We are proud of our 12-year association with the T-20 Blind Cricket Tournament in Pakistan which has brought out some of the best-talented sportsmen. It is quite admirable that PBCC is now focusing on team creation for female players. We are optimistic that other organizations will also step forward and help differently-abled players to play a positive role in society and set an example for all.’

Thanking NBP for the support, Salman Tariq Bukhari said ‘We are grateful to NBP for the constant and regular backing over the years. Our recent 12th Edition of Blind Cricket Tournament T-20 was a national success with participation by about 250 visually impaired players.’

Zong and Growtech connect for the most-advanced business solution

PAK-QATAR TAKAFUL GROUP SIGNS UP WITH SAPPHIRE CONSULTING FOR IMPLEMENTATION OF...