NAB is playing a vital role in eradication of corruption in order to establishing the rule of law, transparency and good governance so that the corrupt should be brought to justice.

Honorable Mr. Justice, Javed Iqbal, Chairman National Accountability Bureau (NAB) thanked Mr. Amir Jahangir, Chief Executive Officer of Mishal Pakistan, a Country Partner Institute of New Economy and Societies Platform, World Economic Forum for their confidence and appreciation of efforts of NAB undertaken in eradication of corruption and recovered Rs. 714 billion through directly and indirectly from corrupt elements as NAB’s faith is corruption free Pakistan. There are more than 1230 corruption references of NAB are under trial in the respected Accountability Courts of the Country and their approximately amount is Rs. 947 billion. NAB under clause 33-C of NAO, 1999 has adopted strategy of aware and prevention to aware people about the ill effects of corruption which is the mother of all evils.

Mr. Amir Jahangir said that the National Accountability Bureau (NAB) Pakistan is playing a vital role and efforts for eradication of corruption in order to establishing the rule of law, transparency and good governance so that the corrupt should be brought to justice as per law. He appreciated NAB for recovering Rs. 714 billion directly and indirectly since its inception.  Mr. Amir Jahangir also appreciated the efforts of NAB in creating awareness among citizens under its media and communication strategy on the anti-corruption drive involving all other stakeholders including business community so that country should become prosperous.

The Chairman NAB was briefed by Mr. Amir Jahangir that almost one year after the onset of the COVID-19 crisis, the deep economic recession has triggered continues around the world to have profound economic and social consequences. While no nation has emerged unscathed, this year’s Global Competitiveness Report finds that countries with advanced digital economies and digital skills, robust social safety nets and previous experience dealing with epidemics have better managed the impact of the pandemic on their economies and citizens.

Mr. Jahangir further said, “the World Economic Forum has long encouraged policymakers to broaden their focus beyond short-term growth to long-term prosperity. This Report makes clear the priorities for making economies more productive, sustainable, and inclusive as we emerge from the crisis”.

Mr. Jahangir briefed the Chairman and said, “the success stories from Pakistan in the light of the Global Competitiveness Index 2020 is the performance and strengthening of the institutions, scaleup of digitization and service delivery both at the public and private sectors. He appreciated the digital presence of NAB among masses and hoped that it will be enhanced accordingly.

The recognition of the extraordinary developments in 2020 and of the unified global effort required to tackle the health crisis and its socioeconomic fallout, the Global Competitiveness Index rankings have been suspended for 2020. The 2021 edition will see a return to benchmarking, providing a refreshed framework to guide future economic growth.

During the year, the World Economic Forum will be hosting a series of communities and dialogues to develop new benchmarks, new standards, and new actions for building new economic models that combine productivity, sustainability, and shared prosperity. The Global Future Council on New Agenda for Fiscal and Monetary Policy, the Global Future Council on New Agenda for Economic Growth and Recovery, the Community of Chief Economists, the Champions for a New Dashboard for the New Economy and the Stewardship Board of the New Economy and Society Platform will be involved in shaping this effort. All readers are invited to share their views into this conversation, supporting collective efforts to “build back better”.

The Global Competitiveness Report is the flagship publication of the World Economic Forum’s Platform for Shaping the Future of the New Economy and Society. The Platform provides the opportunity to advancing prosperous, inclusive, and equitable economies and societies. It focuses on co-creating a new vision in three interconnected areas: growth and competitiveness; education, skills, and work; and equality and inclusion. Working together, stakeholders deepen their understanding of complex issues, shape new models and standards, and drive scalable, collaborative action for systemic change.

Over 100 of the world’s leading companies and 100 international, civil society and academic organizations currently work through the Platform to promote new approaches to competitiveness in the Fourth Industrial Revolution economy; deploy education and skills for tomorrow’s workforce; build a new pro-worker and pro-business agenda for jobs; and integrate equality and inclusion into the new economy, aiming to reach 1 billion people with improved economic opportunities.

Mishal Pakistan is Pakistan’s leading and reputed strategic communication and design company. It is also the country Partner Institute of the Future of Economic Progress System Initiative, World Economic Forum. Mishal is responsible to generate primary data on more than 100 indicators measuring Pakistan’s competitiveness. Mishal’s foremost domain of activity is behavior change communication, strategic communication with a spotlight on media and perception management. 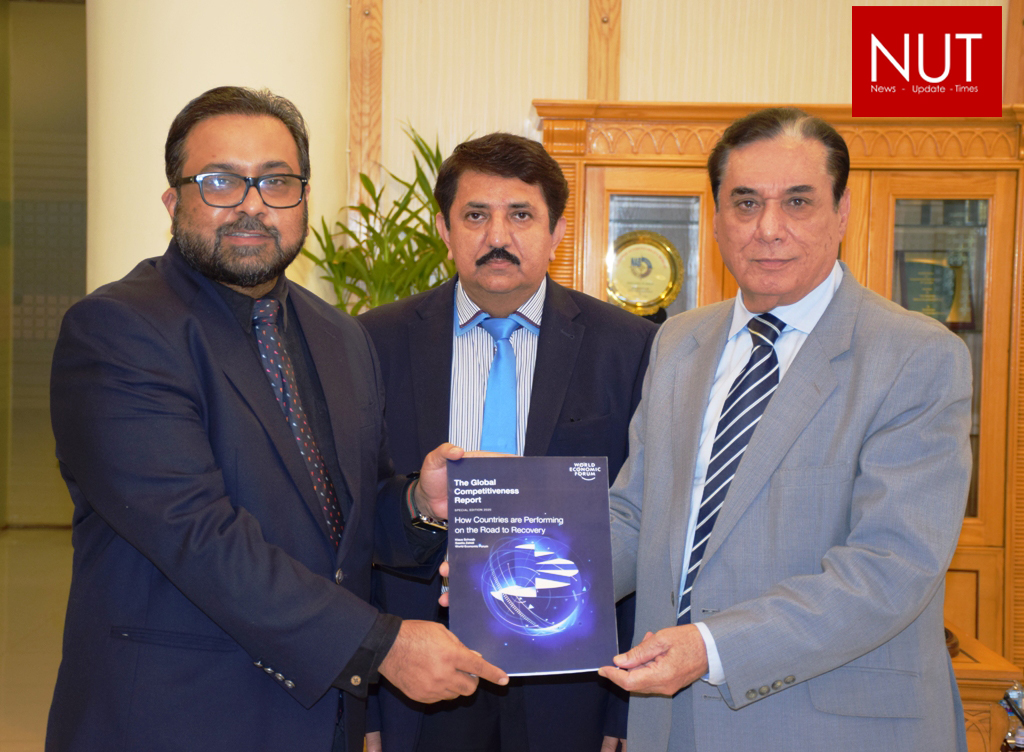