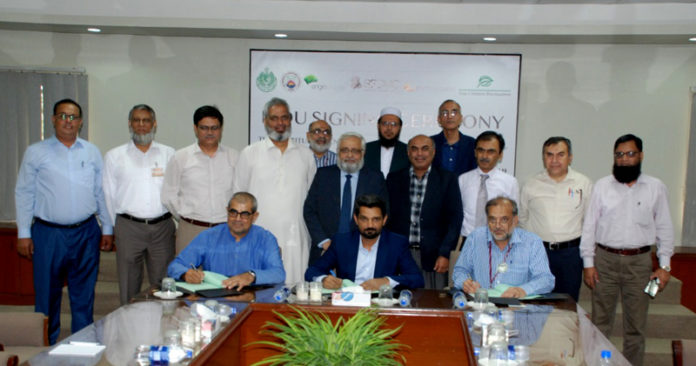 Lahore (Muhammad Yasir) In pursuance of the announcement by the Government of Sindh, a NED University campus under the name of Thar Institute of Engineering, Sciences and Technology (TIEST) is being setup in Islamkot, Tharparkar, which will start its Bachelors of Computer Science program from this year.  In this regard, a Memorandum of Understanding (MoU) has been inked between NED, SECMC and The Citizen Foundation (TCF) to commence classes at Thar Institute of Engineering, Sciences and Technology (TIEST) from this year. The TIEST will initially be established at the TCF-Engro Campus Islamkot, district Tharparkar, till the permanent, purpose-built campus is constructed near Islamkot.

Chief Executive Officer (CEO) of SECMC, Syed Abul Fazal Rizvi, Registrar of NED University of Engineering & Technology, Syed Ghazanfer Hussain and Syed Asaad Ayub Ahmad, President and CEO of TCF signed the agreement.  SECMC would assist, support and facilitate NEDUET in developing its constituent college TIEST by providing local expertise needed for the initial work of the campus while TCF will provide space in the existing school at Islamkot.

Speaking on the occasion, CEO SECMC, Syed Abul Fazal Rizvi said that establishing a campus of NED – one of the most prestigious engineering universities in Pakistan in Thar is indeed a great accomplishment which will benefit the talented youth of the region, particularly Tharparkar and adjoining districts.  Government of Sindh is already providing great support in this cause, while Engro & the other partners in SECMC will continue to fulfil the dream of “Thar Badle ga Pakistan” (Thar Will Change Pakistan),” he said.

Dr. Sarosh Lodi, Vice Chancellor NED was of the view that they feel privileged to provide state-of-the-art higher education services in a remote area of Tharparkar at NED Islamkot Campus.

Syed Asaad Ayub Ahmad of TCF said that, they are already serving the Thar region, providing quality education services in Mithi, Islamkot and near Thar Block-II. “Playing its part to further serve the area by sharing a space for university campus is an honour for TCF and we reaffirm our commitment to uplift the underprivileged area of Tharparkar,” he said. 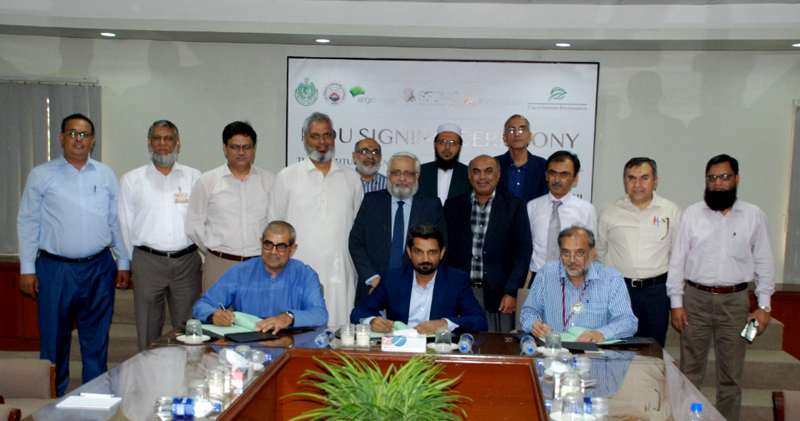