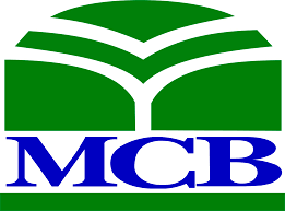 LAHORE – The 69th Annual General Meeting of the shareholders of MCB Bank Limited was held on March 29, 2017 at Pearl- Continental Hotel Lahore under the chairmanship of Muhammad Ali Zeb. The chairman informed the members that the bank continued with its strong performance on account of low cost deposits base, significant uptick in advances, controlled operating expenditure and significant contribution from non-markup income. Despite compression in interest rate spreads coupled with significant maturities in high yielding government bonds, MCB Bank Limited reported Profit Before Tax (PBT) of Rs36.07 billion and Profit After Tax (PAT) of Rs21.89 billion. Net mark-up income of the bank was reported at Rs43.8 billion, down by 11.25pc over last year. On the gross mark-up income side, the bank reported a decrease of Rs12.97 billion which was mainly on account of decreased yields on advances and investments in-line with interest rate movements.

On the non-markup income front, the bank reported a base of Rs16.22 billion with major contributions from fees and commissions, capital gains and dividend income. On the interest expense side, the bank registered a decrease of Rs7.42 billion over last year, which commensurate with the decreasing interest rate environment and bank’s strategy to taper off its high cost deposits during the year.