Karachi (Muhammad Yasir)  Continuing its tradition, K-Electric will provide maximum relief to its consumers at Sehr and Iftar times during the upcoming holy month of Ramadan.

The power utility has taken various measures during the last year to further enhance the reliability and availability of power supply including addition of 50MW through a solar-based IPP while principal approval for an additional 150MW from the national grid has also been granted by the Ministry of Energy (Power Division). While KE aims to utilize maximum available generation to manage the shortfall against peak summer demand, load management would be carried out with maximum relief to domestic and commercial consumers during Sehr and Iftar.

Moreover, in the last two years transmission capacity of the power utility has been further enhanced through addition of 788 MVA and distribution capacity increased by 406MW through addition of 127 feeders and around 2,300 PMTs/Substations. KE’s USD 450 million transmission enhancement project (TP-1000) is also in full swing and 90% of the project has been completed. In addition, significant reduction in losses has been achieved as a result of installation of theft-resistant Aerial Bundled Cables (ABC) at over 6,500 PMTs as well as recent anti-theft campaign wherein 83,000 illegal connections (weighing 61,000 kg) were removed.

According to KE spokesperson, “As part of summer preparedness, we have strengthened our network and system and have beefed up the on-ground work force through capacity building and technological advancement. Aimed at facilitating customers in the best possible organizational capacity, all KE staff will ensure increased vigilance. The power utility has also partnered with National Disaster Management Authority (NDMA), Pakistan Meteorological Department and Jinnah Postgraduate Medical Center to organize Climate change, Summer & Monsoon Safety Awareness Seminar next week.

Moreover, KE will support Provincial Disaster Management Authority (PDMA), Rangers and various NGOs who will be setting up heat protection camps across the city. KE will also act as facilitator in first-aid capacity building workshops in Karachi for around 1,000 volunteers in collaboration with The Youth Parliament.”

KE also seeks support from the community to notify the utility about any power theft or illegal abstraction while extending support to on-ground staff in carrying out operational work as well as minimizing the use of heavy electrical appliances during peak hours. Moreover, KE’s Rapid Response teams are operational 24/7 throughout city and fully able to address any localized issues. In case of any queries customers can get in touch with call centers at 118 or through SMS to 8119 or via social media forums. 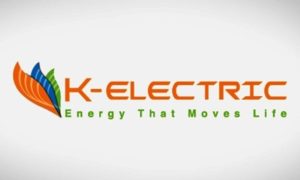 The power utility remains fully committed to further improve the availability and reliability of power supply to serve the people of Karachi.