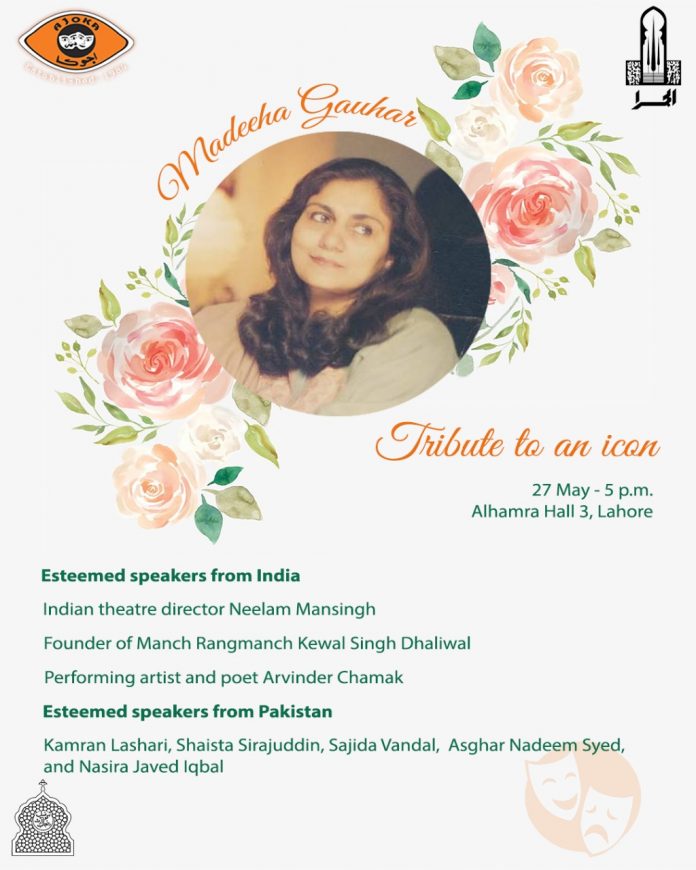 Eminent scholars from India and Pakistan will pay tribute to Ajoka founder theatre director Madeeha Gauhar at a memorial session on Friday, May 27 at 5:00 pm in Alhamra Hall 3. The speakers will include internationally renowned Indian theatre director Neelam Mansingh. She is founder of Chandigarh-based theatre group The Company and a professor Emeritus at the Punjab University.

Her plays including Kitchen Katha and Nagamandala have been performed at Ajoka’s Panjpaani festivals in Lahore. Amritsar-based theatre director and founder of Manch Rangmanch will also share memories of his collaboration with Madeeha for the promotion of peace through theatre. Kewal Dhaliwal also heads Virsa Vihar cultural centre and was awarded Sangeet Natak Award by the Govt of India. He has presented his plays in Lahore and directed Ajoka plays including “Loona”and “Kabira”.

A documentary on Madeeha Gauhar will also be screened. The tribute session will be followed by Ajoka’s partition play “ Anhi Mai Da Sufna” in Alhamra Hall 2.