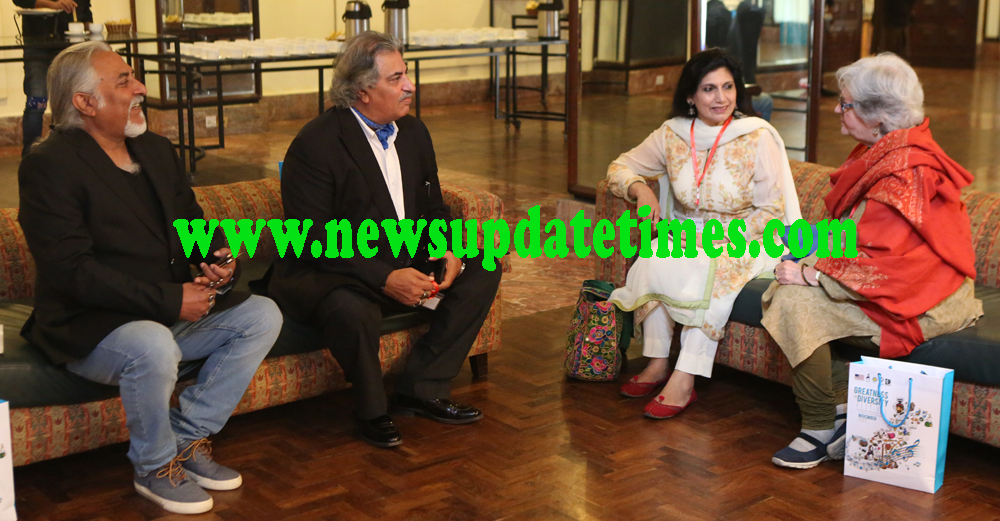 The festival was kicked off with soulful musical performance of ‘’Shehnai’’ by Ustad Sona. Executive Director Lok Virsa Dr. Fozia Saeed welcomed the participants in inaugural session and said that it is LOK Virsa’s foremost priority to promote the cultural diversity of Pakistan and to achieve that we have brought all leading cultural managers and practitioners under one roof who are working in different parts of the country so that they can sit together and make an collective strategy and framework for restoration and promotion of the culture. Such festival enhanced the mutual bonding and process of understanding as participants have shared best available cultural practices, she added.

Robert Pontsioen Researcher Asian Cultural History Programs, Smithsonian Institute USA delivered a session in which he highlighted the Japan as a case study and gave presentation about cultural methodologies and strategies used by Japan for the promotion and preservation of its ancient culture. He identified the concerned areas required importance in making of cultural policy and emphasized on restoration of folk craft traditions and cultural properties.

Musical performance of Sarangi by Dr. Taimur khan enthralled the audience in first session. Usman Peerzada spoke about cultural contribution made by Rafi peer theatre workshop in promotion of Pakistani culture across the world. He mentioned that the rafi peer’s world performing arts festival gave an opportunity to world renowned artists to visit Pakistan and share their art with Pakistani talent and public.

Ustad Qamar Allah Lok gave a soulful performance on Pakhawaj and highlighted the traditional style where as Attique presented the modern form of pakhawaj playing. An exhibition entitled ‘The Lost Chord’ remained the central attraction during the proceeding of the festival. The exhibition brought to attention many musical instruments of Pakistan which constitute an important element of the intangible heritage of the country. It puts spotlight on the status of these instruments including the one which are now deemed endangered and they have collectively formed our rich cultural history.

In the afternoon session Ejaz Sarhadi performed on traditional musical instruments Sarinda and received applaud from the audience. The Festival was concluded with a folk music concert in alhamra hall, Mall Road Lahore in which folk singer Fazal jutt revived the traditional form of singing theatre by presenting folklores of the Punjab in its original form. All the singers paid tribute to Folk legend Aashiq Jutt and Bali jati , audience thoroughly enjoyed the performances and gave an outstanding ovation.