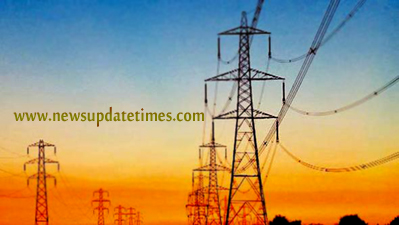 Tribunal constituted under the World Bank’s arbitral center ─ the International Centre for Settlement of Investment Disputes (ICSID) ─ issues award in favor of Karkey in the case filed by Karkey against Pakistan.

Lahore –  Karkey Karadeniz Elektrik Üretim A.Ş. (“Karkey”), a subsidiary of Karadeniz Holding A.Ş., initiated arbitration proceedings in 2013 at the International Centre for Settlement of Investment Disputes (ICSID) of the World Bank, against the Islamic Republic of Pakistan for its breaches of the bilateral investment treaty between Turkey and Pakistan (the “BIT”), including but not limited to the violation of free movement of investment and unlawful expropriation of various rights and assets of Karkey.

On 22 August 2017, the tribunal rendered its award, as announced on the website of ICSID, which is the world’s principal investment arbitration center

In its award, the tribunal unanimously found in favor of Karkey, granting Karkey one of the highest damages amounts in ICSID history (approximately 800 million USD, including interest).

First, the ICSID tribunal declared that it had jurisdiction over the claims that were brought by Karkey. After this declaration, it concluded that Pakistan violated its obligations under the Turkish-Pakistan bilateral investment treaty, by expropriating Karkey’s investments in Pakistan, as well as by restricting Karkey’s right to free transfer of its investment. Conversely, the tribunal rejected all of the claims and defenses asserted by Pakistan.

Earlier, in 2014, the ICSID Tribunal had issued a provisional measures decision in which it ordered Pakistan to immediately release the Karadeniz Powership Kaya Bey, which had been unlawfully detained by Pakistan.

As a result of the BIT violations found in the recently issued final award, the tribunal ordered Pakistan to indemnify Karkey for the following: all outstanding invoices that were issued by Karkey and all other contractual payments that remained unpaid, the repair costs and revenue losses of Karadeniz Powership Kaya Bey (which was released by Pakistan in accordance with the tribunal’s decision in 2014), the replacement value of Karkey’s detained vessels and their revenue losses, and indirect losses suffered by Karkey. An annually compounded interest that will be applied from the date of the treaty violations until the date of full payment, as well as compensation for Karkey’ legal costs, have also been awarded.

Karkey welcomes the decision of the ICSID Tribunal which through its most recent Award has vindicated Karkey’s legitimate claims against Pakistan. Karkey has consistently maintained that Karkey encountered unjust and unlawful claims in Pakistan since 2012.

Pakistan’s internal political and administrative uncertainties and conflicts have resulted in great harm to international investors including Karkey. Karkey believes that such adverse impact will be minimized if Pakistan’s honors its international law commitment and ensures due, faithful and timely compliance with the ICSID-World Bank Tribunal’s Award of 22 August 2017.

Karkey continues to grow its business around the globe adhering to the values that our company has been preserving with pride throughout its 70-year history, while maintaining the highest ethical, commercial and technical standards.