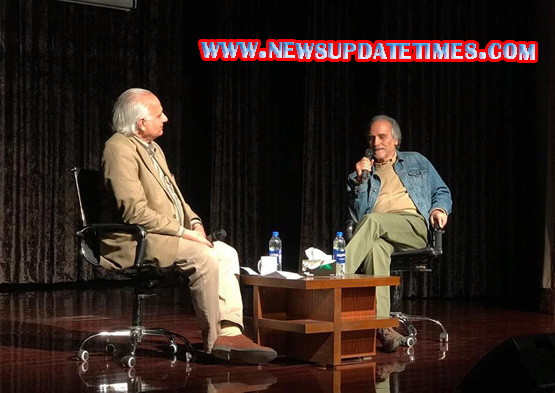 Lahore (Qasim Ali) – “Artists and filmmakers are the best ambassadors of a country. However our embassies consider them as untouchables. ” said award winning director of internationally acclaimed films such as “Jinnah”, “Blood of Hussain” and “Immaculate Conception” . He was talking to playwright Professor Shahid Nadeem at the Institute for Art and Culture. He said “At my retrospect at the British Film Institute was a rare honour. I invited the Pakistani High Commissioner to attend the event. The high Commission did not even acknowledge receipt”.  Replying to a question by a student about his film “Blood of Hussain”. Delhlavi said “ The film is about tyranny and resistance, but I did not promote any ideology through the film. I faced persecution as a result and had to sped ten years in exile.”  During the conversation, which was a part of IAC’s Cultural Talks programme, Dehalvi disclosed that when he was busy making the film “Jinnah”, the Pakistan Government suddenly withdrew the funds it had committed to provide and he had to fish the film from his own resources. He had now acquired exclusive rights of the film and plans to re-release it along with other films on blue-ray technology. 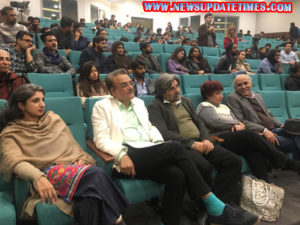 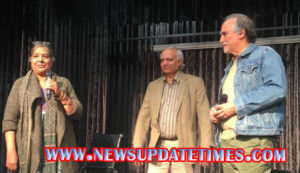 The audience at the conversation included Vice Chancellor Mrs Sajid Vandal, Pro-vice chancellor Pervez Vandal, Dean of Arts Professor Zafar Iqbal, Professor Shahnawaz Zaidi and Students from AC and other institutions. Before the conversation, a compilation of extracts from his films was shown.

Jamil Dehlavi was in Lahore at the invitation of the Vice Chancellor IAC. During his three-day stay he met the IAC faculty and students and discussed possibilities of his collaboration with the IAC School of Digital and Cinematic Arts.