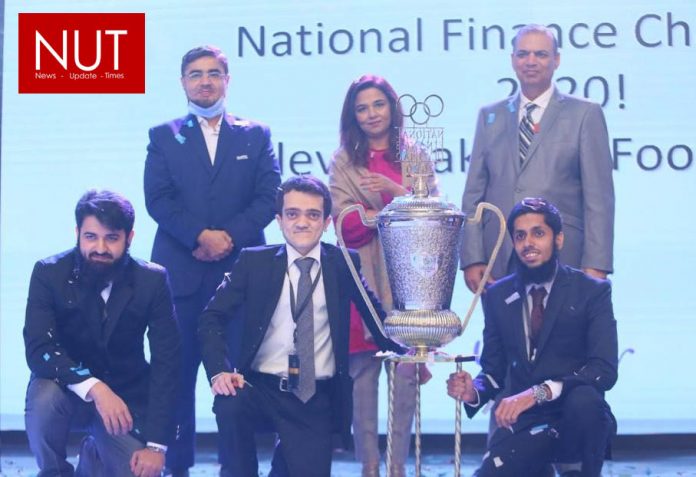 Karachi (Muhammad Yasir) The Institute of Chartered Accountants of Pakistan (ICAP), in collaboration with Unilever Pakistan, organized National Finance Olympiad 2020, the Grand Finale of which was held on December 20, 2020 at a local hotel in Karachi.

Mr. Iftikhar Taj, President, ICAP congratulated ICAP and Unilever Pakistan team for conducting NFO for the 6th consecutive year. He stated, “The competition benchmark is increasing every year and it is a proud moment for ICAP. Chartered Accountants play an important role in the economy and finance of the country, and ICAP as a national institute should facilitate the professional development of its Members through such programs and initiatives.” He further added, “Chartered Accountants are not limited to accounting and finance but also require other competencies to function effectively in an organization. ICAP has developed a new education scheme aimed to improve the technical knowledge as well as competencies of chartered accountants in Technology, Finance, Economy. Chartered Accountants are no longer only accountants, they are the value creators who can play an important role in the development of Pakistan”.

The National Finance Olympiad 2020 started with registrations of 36 teams from renowned organizations across Pakistan. After a 2-hour intense MCQ-based examination held online on December 15, top 18 teams qualified for the Assessment & Simulation Round. The Qualifying teams then went through online case study simulation and a role play activity held in collaboration with Learning Partner, Karachi School of Business and Leadership (KSBL).  Top 6 finalist teams from this Round advanced to compete in the Grand Finale.

The event, organized by the ICAP’s Professional Accountants in Business (PAIB) Committee, was attended by top management of renowned national and multinational organizations. The day commenced with recitation of a few verses from the Holy Quran followed by opening remarks by Mr. Khalilullah Shaikh, FCA, Chairman PAIB Committee ICAP. He welcomed the participants and said “Standing here today, I feel another milestone is achieved as we have successfully organized and conducted a 3-day finance competition in these uncertain times. The idea of National Finance Olympiad was turned into reality 6 years ago and today the competition is one of the most sought after programs that the finance fraternity looks forward to participating. Under the PAIB Committee a number of projects have turned to reality including the Mentorship Program, CFO Conference, ICAP Webinar series, Ethics Dilemma App and CA Toastmasters activities. I am proud of the PAIB Committee as it continues to add value in the lives of Chartered Accountants and Finance professionals”.

Mr. Aly Yusuf, CFO, Unilever Pakistan then welcomed the audience. He said that “I am grateful to ICAP to organize a successful program in these uncertain times, a lot of planning and contingency planning goes into it and hats off to the ICAP team for that. I congratulate all the finalist teams who have shown tremendous hard work and competence to reach this Finale today, it is great responsibility and challenge to be one of the finalists in one of the most coveted finance competition in the Accounting world. I want to share three messages with the finalists today; take this as a learning experience that will go a long way, give your best today, be graceful if you lose and be humble if you win, , best of luck to all the teams! ”

The competition kicked off with a quick introduction of the teams followed by the exciting Buzzer Round, the second session was of Champions Debate which was judged by a panel of three distinguished judges; Mr Asad Ali Shah, Chief Executive Asad Ali Shah Associate, Mr Veqar-ul-Islam, Director and Chief Executive, Jaffer Business Systems and Ms Asma Sheikh, CHRO National Bank of Pakistan. The teams presented their stance on the following topics, Board of directors or management – who has a greater role in success of a company? Democracy or dictatorship – which is more feasible for developing countries?, Censorship or freedom of speech – what should be the government’s take on mass media?, Pakistan’s readiness and response to COVID-19 challenges are commendable or not?, Academics – A strong factor for corporate success or not?, Communication skills or technical skills – which is more important in today’s corporate world?

The last round of the competition was the 100-Seconds, which was all about the agility and knowledge of the teams. While the teams made efforts to make the best of this bonus round, the audience remained captivated and supported all the teams wholeheartedly.

Once the judges evaluated the Debate and the results of the other rounds were compiled, the winners and runner ups were announced; Unilever Pakistan Foods Limited claimed victory while AlKaram Studios and Account Ants became the 1st and 2nd Runner Ups respectively. The winning team was awarded a majestic Champions Trophy, Microsoft Surface Pro and shields for each of the three team members. The 1st Runner Up received HP Pavilion Laptop and shields for all team members and the 2nd Runner Up received iPad and shields for all team members. Certificates were also given to all finalist teams: K-Electric, Akzo Nobel and Midas Safety. The Institute presented a gift for Best Individual Performance to Syed Yousuf Ali from team Unilever. 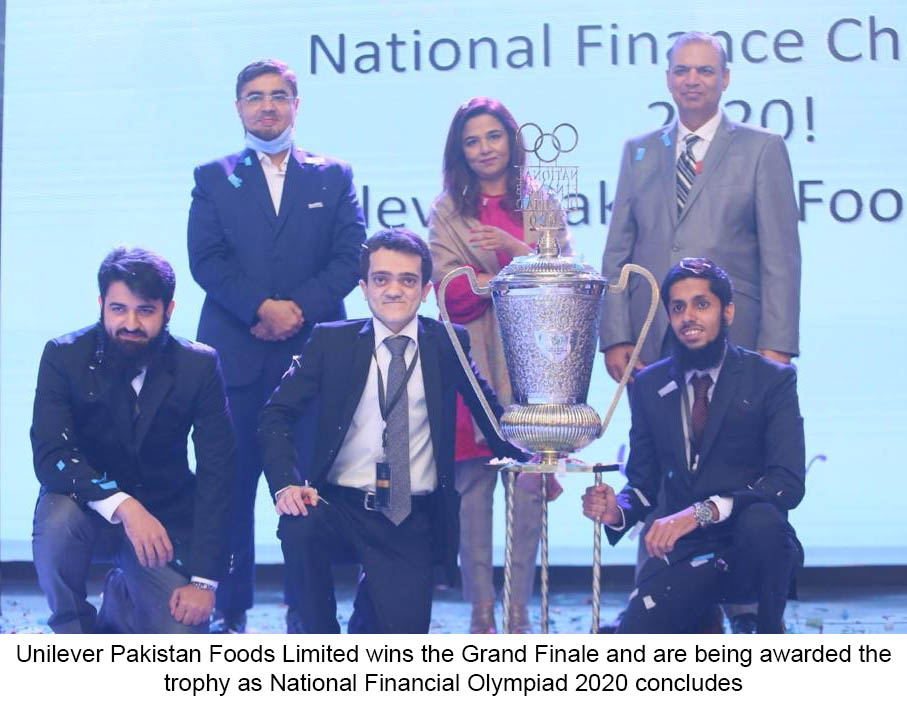 The entire testing material was developed by the technical partners; BDO and KPMG.