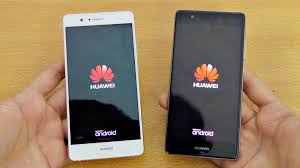 Islamabad – Last April, Huawei Consumer Business Group launched its groundbreaking P9 smartphone. It appears, however, that the company has had incredible revolutionary success selling nine million units in record timing. Although the P9 was released almost seven months ago, the phone continues to be sold as if it were released a month ago. Huawei, the world’s third largest smartphone maker and powerhouse technology giant, had sold six million Huawei P9 phones in September and went on to sell another three million in the two months to follow.
In honor of this, Huawei hosted a celebration in Shenzhen, China with its glamorous global product ambassador Scarlett Johansson and her fans. Scarlett shared her experiences using the Huawei P9, stating that the smartphone’s excellent camera gives her greater confidence to capture every moment.
In her statements; Ms. Johansson also highlighted her appreciation for the opportunity to work with Man of Steel star Henry Cavill and influential fashion photographer Mario Testino in the accompanying advertising campaign for the Huawei P9.