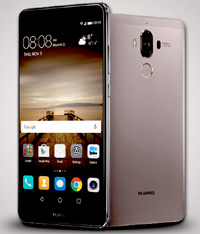 Huawei has recently introduced Mate 9 with a powerful processor and a dual 20MP camera, co-engineered with the Leica optics. An official of the company has disclosed that this latest smartphone will be launched in Pakistan in December 2016. The fans of Huawei in Pakistan are already taking a keen interest in the specs of this device. Huawei Mate 9 has a 5.9-inch display and the resolution of 1080×1920 pixels. Below, we are going to discuss what kind of features this device boasts:

With the tagline “A Step Ahead”, Huawei Mate 9 comes with the Hisilicon Kirin 960, which is an intelligent and faster processor. The Kirin 960 is 30% quicker than the Kirin 950 because it uses the Cortex-A73 cores while the Kirin 950 uses Cortex-A72 cores, so the new processor is an upgraded version. Moreover, the latest version of Android further enhances the performance of the Mate 9. The device packs Android OS 7.0 (Nougat), which is the most advanced version of Android.

To provide the professional photography experience to its users, Huawei has added a Dual-lens camera on its Mate 9. The Leica optics certifies the lens. We have seen the Leica-certified camera in Huawei P9 and P9 Plus, but for the first time, the company is using a similar lens in its Mate series.

The 20MP sensor will capture the photos in the monochrome format while the other will capture in the RGB format. Other features of the camera include the phase detection function, laser autofocus, and dual LED.

Also Read, Huawei Mate 9 or Xiaomi Redmi 4; which upcoming device should you go for?

The battery of Huawei Mate 9 is very similar to that of the Mate 8. Like Mate 8, the Mate 9 also comes with the fast charging technology, and the smartphone is powered by a 4000mAh powerful non-removable battery.

This smartphone comes with the dual-SIM slots and supports 3G, and 4G LTE. According to the company, Mate 9 is capable of transferring the data at the speed of up to 600Mbps.

After reading these qualities, we can say that Huawei Mate 9 is really a faster device than the Mate 8. For those who like a powerful smartphone with an excellent camera, the Mate 9 is definitely worth purchasing.