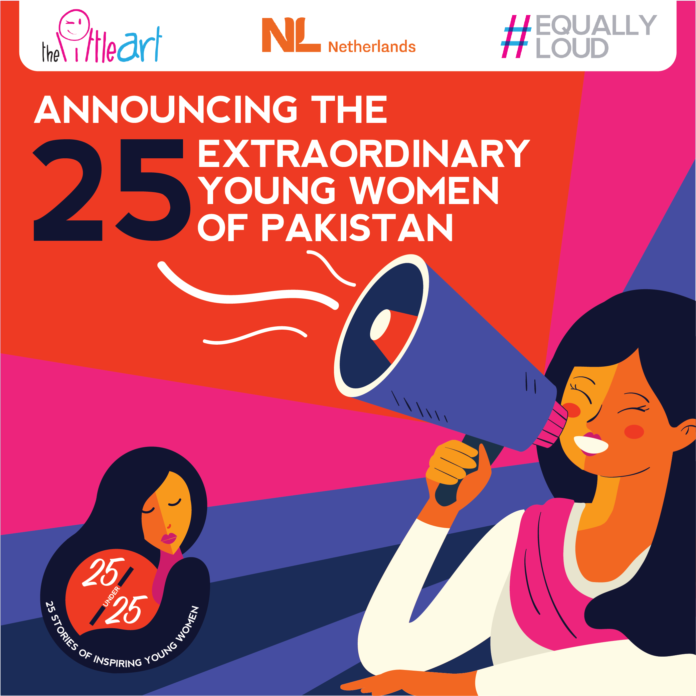 Lahore (Muhammad Yasir) Young women in Pakistan are doing exceptional, ground breaking work which deserves all the recognition and acknowledgement. Despite momentous challenges, they are courageously fighting to create an impact in their lives and society and The Little Art have come forward to celebrate their success and extra ordinary determination with significant 25 Under 25 Award.
25 Under 25 Award is an initiative to recognize 25 exceptional young women under the age of 25 who have inspirational stories of determination, passion and resilience to encourage and inspire young girls with role models they can look up to in Pakistan. 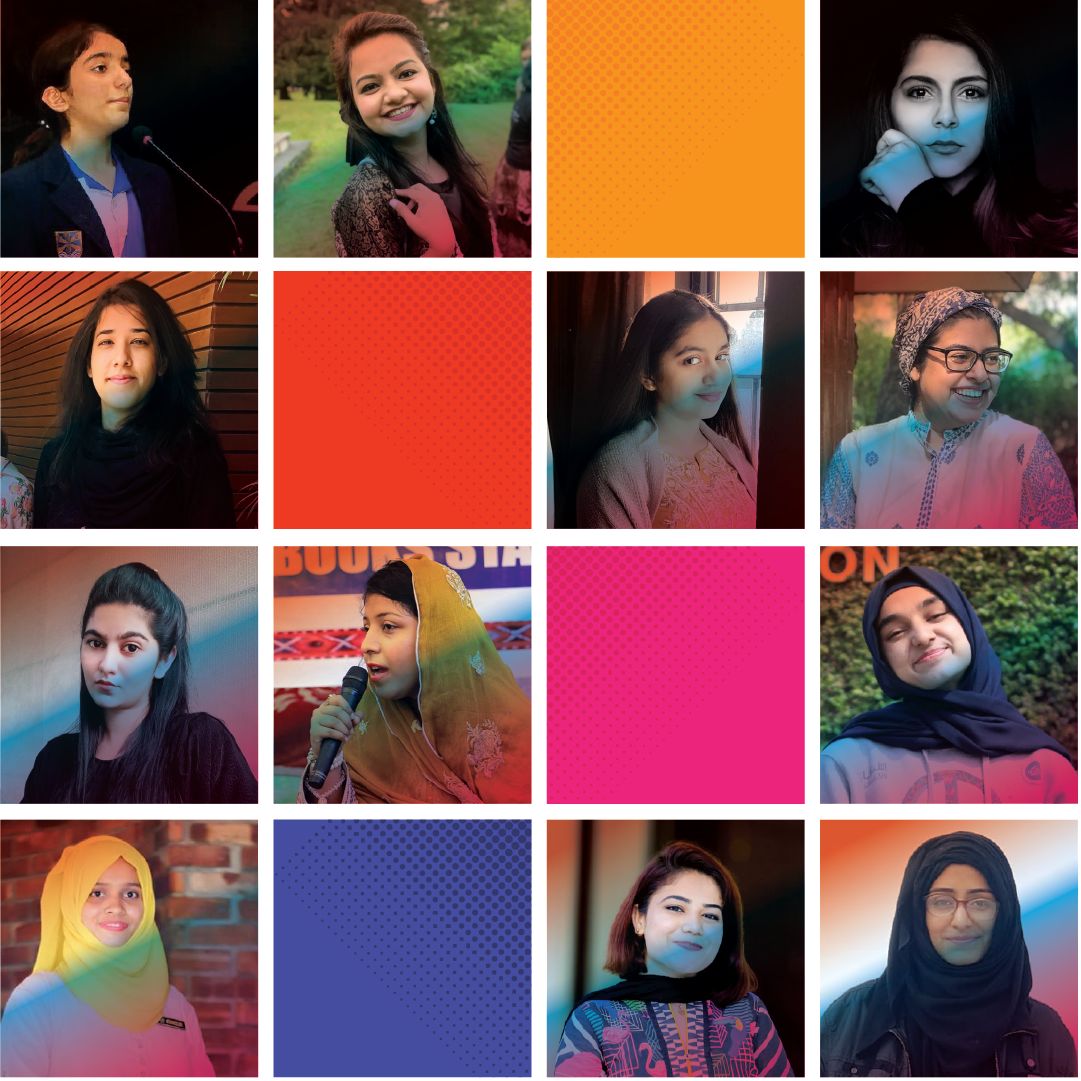 Director / Founder, The Little Art Shoiab Iqbal while sharing the vision behind this honor told that 25 under 25 emerged when we set out to find stories of young women that we can share as role model with school children. We were astonished by the response on our call from all across Pakistan. These selected young women are enterprising, showcase leadership has passion for change and are empathy and resilience. We Hope that through this program giving them the right exposure and mentoring support will enable them to achieve and excel more in their lives.
He added that Young women from all over the country applied and were nominated for the award. The final 25 were shortlisted on the basis of their work, drive, and passion they had to continue doing it and giving back to the society, their struggle and support of family and community. 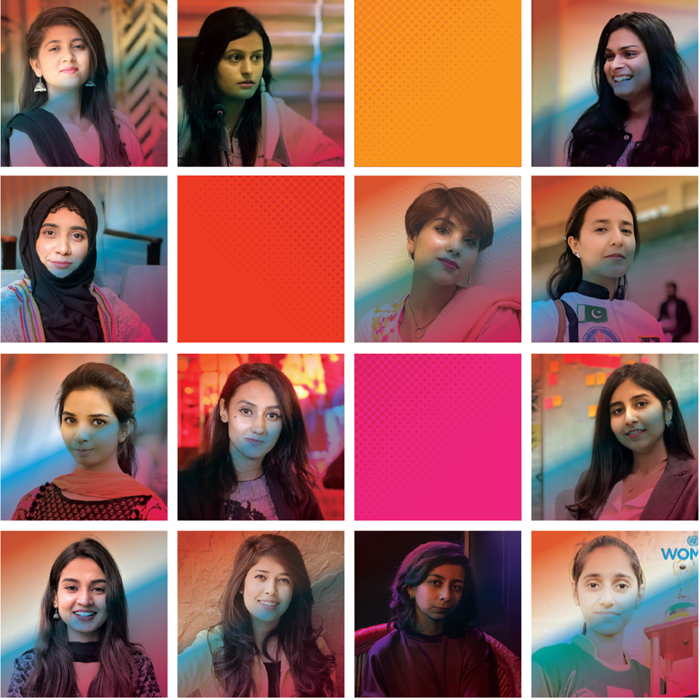 These 25 young women represent the geographic and cultural diversity of Pakistan and bring assorted experiences and determination to contribute towards positive social, environmental, and cultural impact in Pakistan. The 25 under 25 award entails these young women getting a story published in the official 25 under 25 book which will later be exhibited all over Pakistan. Also, these 25 women will be presented the award in high profile public event scheduled to take place in September 2020. Furthermore, as selected by the jury, from total 25, the best 5 stories will have 5 short films made on them as well. A brief overview of winners of the prestigious award is given below.
Yumna Majeed is a space educator and founder of Exploration – a space education-based social enterprise in Lahore. She cherishes the vision of making astronomy accessible to the students and public of Pakistan, along with empowering young girls in STEM fields.She also works with the Space for Art Foundation, created by Astronaut Nicole Stott, which helped her send artworks created by Pakistani children into space.
Aradhiya Khan is a 21-year old Pakistani trans woman activist, blogger and community mobilizer from Karachi. She has dedicated the past four years of her life towards promoting transgender equality, human rights and social justice. In October 2019, she was selected as the youngest transgender participant of the United States (US) State Department-funded International Visitor Leadership Program (IVLP). In 2020, Aradhiya won Mohtarma Fatima Jinnah & Benazir Bhutto Award by Sindh Commission for the Status of Women.
Hailing from Jacobabad, Anjili Jewraj’s father was not in the favour of her pursuing her studies because of various fears however, with persistence and strong determination, she managed to get admission in a bachelor’s program at Sukkur IBA University on full scholarship. Anjili went on to become an alumnus of Harvard Crossroads Emerging Leader’s Program in Dubai in 2017 as well as alumni of Study of United States Institutes 2019 program on comparative public policy at University of Massachusetts, USA.
Saira Zahid is the only cyclist from Skardu who made it to the HEC Women Cycling Championship and secured a gold medal. As a child, Saira would dress up as a boy, just so she could go out without the fear of being stopped.Her work focuses on building interfaith harmony and inclusion by bridging the gap between different communities. Saira has recently completed her training on ‘investigative journalism and digital security’ from Jakarta, Indonesia.She is also passionate about animal and human rights and documents their issues and struggles under her social media accounts.
Iqra studied architecture from BUITEMS, Quetta. As a part of Global UGRAD Exchange Program, she designed a public square for Volga City in USA which was sited in 2017. Iqra was also recognized in annual Summit of American Institute of Architects. She was awarded Best Achiever’s Award on International Women’s Day by Governor of Balochistan and an honourable mention by US Embassy in Pakistan and International Research and Exchanges Board.
Raheen Fatima from Islamabad is the youngest professional female stand-up comedian of Pakistan. At just age 12, she has already performed at Pakistan National Council of Arts (PNCA). Raheen is also a theatre actress and has performed at Children’s Literature Festival, on themes related to underage marriages, child abuse, gender equality and child rights.
Hani Baloch from Karachi is a social activist and works as a trainer for the physical and mental health of girls, especially targeting menstrual hygiene. She has written a book on women’s health issues in Balochi language to create awareness about fistula, postpartum and post-coitus bleeding. She also acts as a vice-chairperson at Jafa Girls Sports Academy, Lyari and is working to strengthen and empower girls of her region. 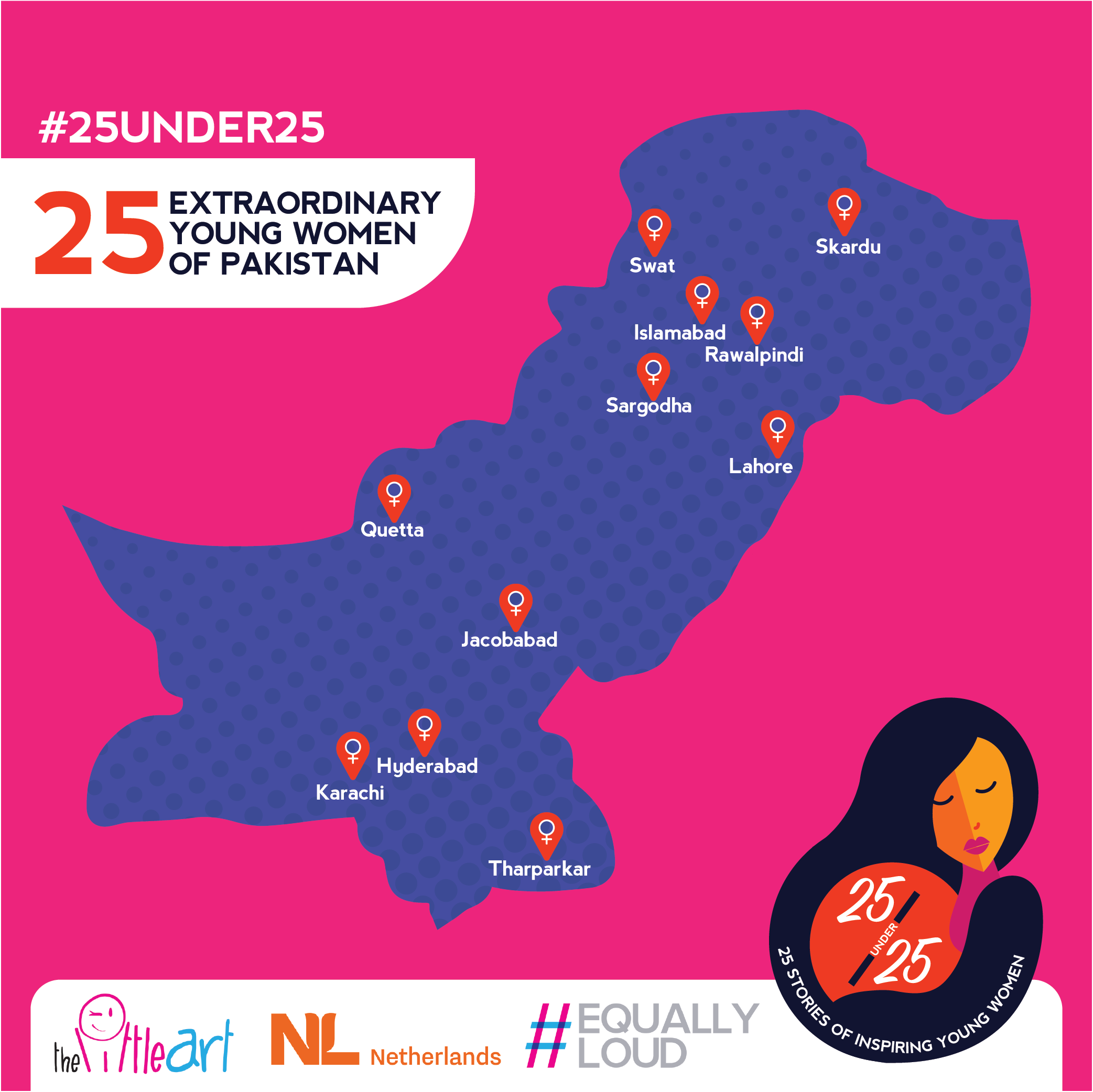