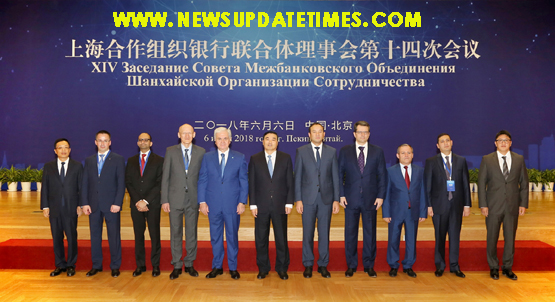 The Shanghai Cooperation Organisation (SCO) is a Eurasian political, economic, and security organisation, the creation of which was announced on 15 June 2001 in Shanghai by the leaders of China, Kazakhstan, Kyrgyzstan, Russia, Tajikistan, and Uzbekistan.  It is the largest regional establishment in the world in terms of geographical coverage and population, and is one of the world’s most powerful organizations.  Pakistan officially became a member state of SCO on the 17th Meeting of Heads of State Council of SCO in Astana on June 9, 2017.

HBL became a partner bank under SCO IBA on August 8, 2014, and has now been elevated as a member bank with the consent of other member banks present at current SCO IBA council meeting.  It is a great honor and achievement  for HBL to represent Pakistan on the SCO banking forum, and to be the first and only commercial bank in this forum. With its elevation in status as member bank, HBL is positioned to play an integral role in promotion of regional trade, investment and finance.

Amongst many firsts, HBL was the first bank from Pakistan to receive a license for setting up a branch in China. It was also the first South Asian bank to receive permission to set up its banking operations in Urumqi, the largest city in the province of Xinjiang, which borders Pakistan along the traditional Silk Route. HBL’s Urumqi Branch is now fully functional and the bank is in the advanced stage of consultation  with Chinese banking regulator to commence its 2nd branch in Beijing.

With progressiveness at its forefront, HBL has been a catalyst for CPEC since its inception. HBL Corporate and Investment Bank continues to drive this initiative forward with its entrenched relationships with Chinese financial institutions. HBL is proud of successfully collaborating with premier Chinese banks to undertake landmark transactions on such a massive scale, making the CPEC dream a reality.

AgriTech Report signifies the use of technology to boost 25+...