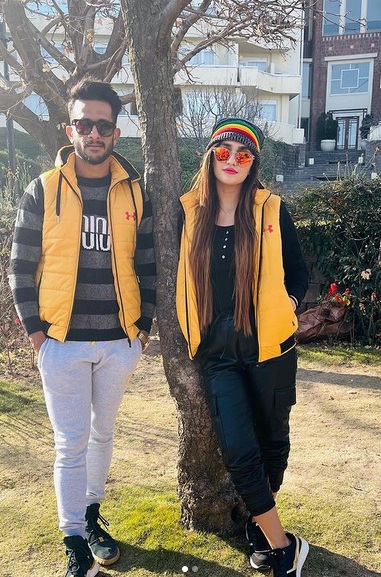 Pakistani fast-bowler Hassan Ali uploaded a picture on Twitter where he could be seen enjoying the snow and cold weather in Nathiagali. The star player has lately been sharing pictures of his trip to the Northern areas of the country, where he is vacationing with his wife, Samiya Hassan Ali.

Taking to Twitter, Hassan uploaded pictures of him enjoying heavy snowfall with the caption, “Be like The Snow, Cold but Beautiful,” along with a heart-eye emoji.

Hassan did not miss the chance and took to Instagram where he posted pictures along with his wife three days ago.

The couple has been vacationing and people can’t resist complimenting them.

“It doesn’t matter where you’re going, it’s who you have beside you,” the player captioned the picture.