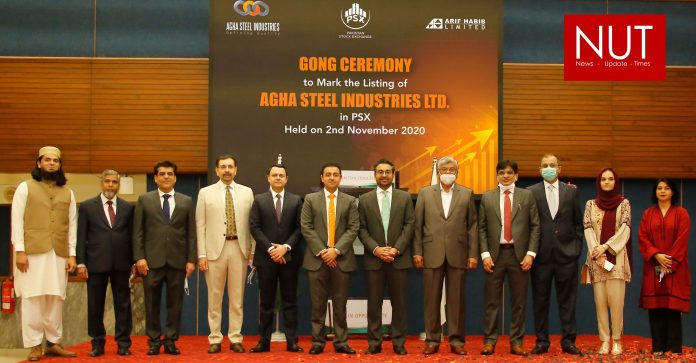 Karachi (Muhammad Yasir) Pakistan Stock Exchange (PSX) held a gong ceremony today upon listing of Agha Steel Industries Limited (ASIL) at the Stock Exchange. This is a significant development for PSX as this is the third listing for the fiscal year 2020-21. The listing takes place after the successful IPO of Agha Steel Industries Limited which was the largest IPO in the steel sector of the country.

The gong ceremony was attended, among others, by Mr. Sulaiman S. Mehdi, Chairman of PSX Board along with other Board Members; Mr. Farrukh H. Khan, CEO PSX; Mr. Hussain Agha, CEO of Agha Steel Industries Limited; Mr. Shahid Ali Habib, CEO of Arif Habib Limited who were the Lead Manager & Book Runner to the Issue; and senior management of these organisations.

Speaking at the occasion, the CEO of Pakistan Stock Exchange, Mr. Farrukh Khan, said, “I would like to congratulate Agha Steel on their highly successful IPO and welcome them to PSX. The successful IPO and listing of Agha Steel Industries Limited again demonstrates the depth and liquidity in our capital market for good companies. This is the third listing of a company on Pakistan Stock Exchange for the fiscal year 2021. We are expecting more listings on the boards of the Exchange in the near future. We are confident that with the simplification of rules for listing on the GEM board of PSX recently, medium sized growth enterprises will come forward for listing as well”.

Talking about the listing of his company on Pakistan Stock Exchange, the CEO of Agha Steel, Mr. Hussain Agha, said, “It’s an honor and a privilege to get listed at PSX, I would like to take this opportunity to thank all the partners involved for the confidence they have shown in Agha Steel Industries. This IPO will help us materialize our expansion plans and bring to Pakistan, the Asia’s First Endless Steel Plant with DRB Technology. We will do our best to continue on the path of prosperity and ensure sustainable growth for our shareholders.”

Speaking at the occasion, the CEO of Arif Habib Limited, Mr. Shahid Ali Habib, said, “I am delighted that Agha Steel Industries Limited, one of Pakistan’s largest steel companies, is getting listed at Pakistan Stock Exchange. It is a proud moment for us at Arif Habib Limited to have facilitated this journey for the Company.

This was the largest IPO for a steel company in Pakistan. We saw a broad-based investor participation with 298 investors participating in the book building and over 5,200 participants in the General Public subscription. In value terms, the book building was oversubscribed by 1.6x and the General Public subscription was oversubscribed by 1.3x.

The market and the investors have shown strong resilience post easing of Covid-19 lockdown and Arif Habib Limited remains poised to bring several other companies for listing in the next few months”.

The book building phase of the IPO was held on October 6-7 whereas the public/ retail subscription phase took place on October 14-15. Investors reposed strong confidence in the company with the book building phase resulting in an oversubscription of 1.63 times. The strike price was locked in at Rs 32/- per share which is 6.67 per cent higher than the floor price, reflecting the tremendous response from institutional investors and high net worth individuals.

The issue was oversubscribed by 1.3 times. The total amount raised through the IPO was Rs 3.84 billion against the target of Rs 3.60 billion, making it the largest Steel Sector IPO and second largest private Sector IPO of Pakistan.

The company plans to use the capital raised through the IPO for its second phase of expansion to increase its capacity and upgrade technology by bringing to Pakistan, Asia’s First Endless Steel Plant with DRB Technology which is set to revolutionize the steel making industry of Pakistan. The total cost of the expansion project is Rs7.04 billion. 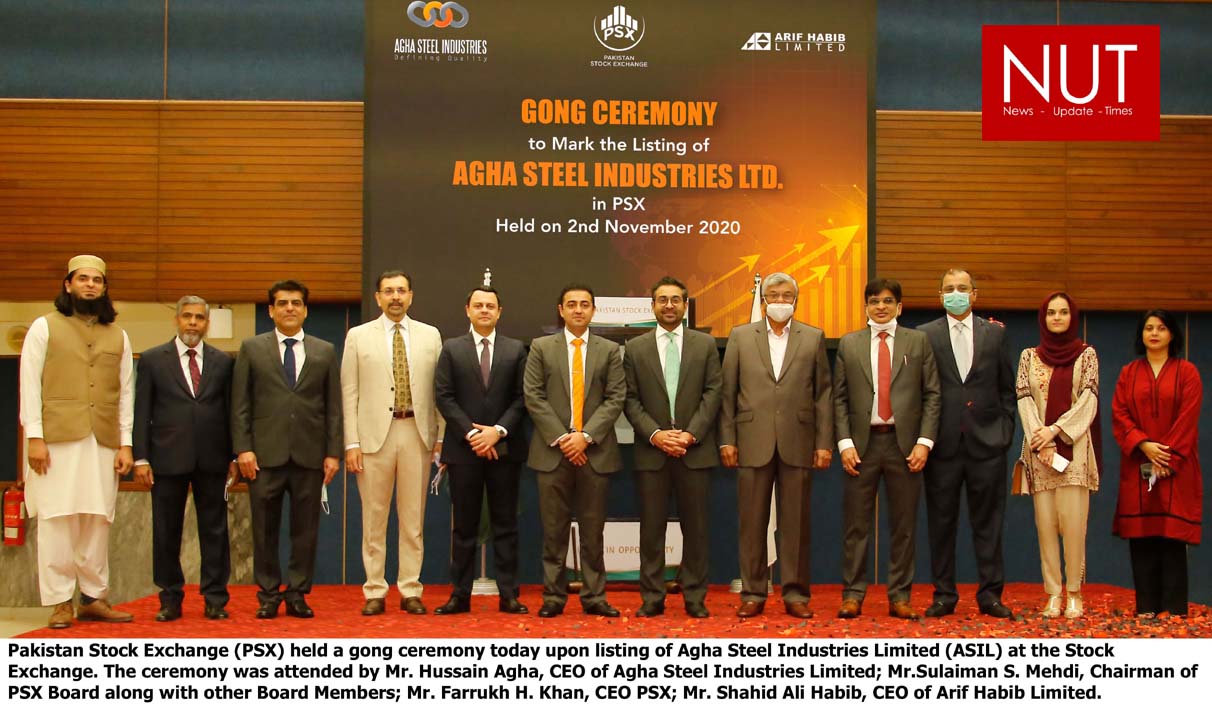