Karachi (Muhammad Yasir) Getz Pharma Pvt. Ltd. paid tribute to the winning Pakistani delegation who participated in the 12th World Bodybuilding and Physique Sports Championship 2021 held from October 1-7, 2021 in Tashkent, Uzbekistan. The team of bodybuilders and athletes achieved many successes and won several top medals in their respective categories. A team of ten participants comprised the Pakistani delegation in this annual event and secured one Gold and three Silvers for their exemplary participation. Getz Pharma has been supporting the teams practice and preparation for this international championship. The company supported the team through sponsorship as well by providing them with tracksuits, which they wore throughout the international event. The team returned home on October 10, 2021 in Karachi. To honor their participation and award winning performance Getz Pharma held an award distribution ceremony at their head office in Korangi.
Mr. Khalid Shafiq, Director Consumer Health, Getz Pharma, handed them medals for their achievements and congratulated them for bringing such joy and pride to the country in the field of bodybuilding.
Speaking at the ceremony, Mr. Shafiq congratulated the team members and praised them for their contribution in promoting Pakistan in the international bodybuilding fraternity. He wished them more success in the future and asked the audience to encourage their wins and performance as it is a matter of national pride when athletes and sportsmen win laurels for the nation through their sheer talent and hard work.
He reiterated Getz Pharma’s goals to promote sports in the country and said he looked forward to continuing their support. The team was given a round of Getz Pharma’s WHO approved facility and given presentations about their new manufacturing plant, which recently was certified as a LEED* Platinum plant- becoming the first pharmaceutical plant in South Asia to achieve this elite certification as a green facility. 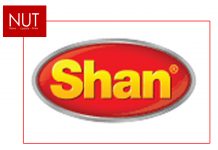 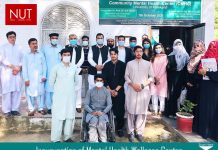 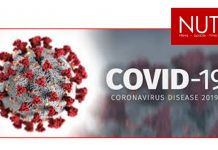 The process of getting safe and pure milk