Lahore – Contrary to the recent statements made in the media, GE entered into agreements to provide six high-efficiency 9HA gas turbines, two each to HEI for the Bhikki and Balloki power plants, and to SEPCOIII for the Haveli Bahadur Shah (HBS) power plant. HEI and SEPCOIII are the engineering, procurement and construction (EPC) contractors in charge of the three sites and responsible for installation and commissioning the power plants.

GE’s HA technology is the world’s most efficient gas turbine and has set industry benchmarks in the cost-effective conversion of fuel to electricity. It has undergone full-speed, full-load validation tests at Greenville, USA at extreme conditions well beyond those encountered in service; and much before the Pakistan 9HA projects were awarded. Moreover, the 9HA turbine reached full commercial operations at EDF’s Bouchain Power Plant in France in the summer of 2016, and had helped Bouchain set a world record for net combined cycle efficiency at 62.22%.

Today, GE’s HA technology has completed more than 70,000 operating hours and more than 75 units have been ordered to date by over 25 customers across more than 15 countries, including the US, Brazil, Japan, Bahrain, China and others, in addition to over 130 technology selections by other customers.

The HBS project is expected to be the world’s most efficient combined cycle power plant upon completion, at 62.44% net efficiency; this matters as each 0.1 point of efficiency can represent millions of dollars in reduced fuel costs over the life of a plant. Challenges are common with power plants projects of this size and complexity during the commissioning and early operations phase. The EPCs (HEI & SEPCOIII) have worked towards the speedy commissioning and completion of the combined cycle operations at these three plants including the balance of plant (which is beyond the scope of GE). Vibration and calibration issues are not the only reasons behind why the power plants are not currently operational in combined cycle configuration. Delays occurred because of several other reasons, including the non-availability of fuel, transformer issues, completion of combined cycle testing and associated commissioning and various other commercial reasons not related to the gas turbines.

The Government of Pakistan, Punjab Government, NPPMCL, QAPTL, SEPCOIII, HEI and GE are committed to strengthening the power infrastructure in Pakistan and meeting citizens’ growing needs for affordable, reliable and sustainable energy. Upon completion, the three plants are expected to deliver up to 3,600 megawatts of electricity – the equivalent power needed to supply up to 7.3 million Pakistani homes – over 30+ year life cycle, making a meaningful difference in the everyday lives of the people of Pakistan. With the demand for energy rising rapidly in Pakistan, GE is proud to be part of these landmark projects that will contribute towards the country’s energy security for decades to come. 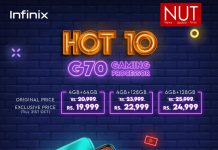 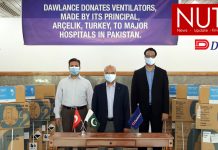 Dawlance donates ventilators made by its Principal, Arcelik Turkey to major hospitals in Pakistan 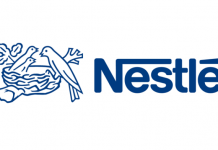