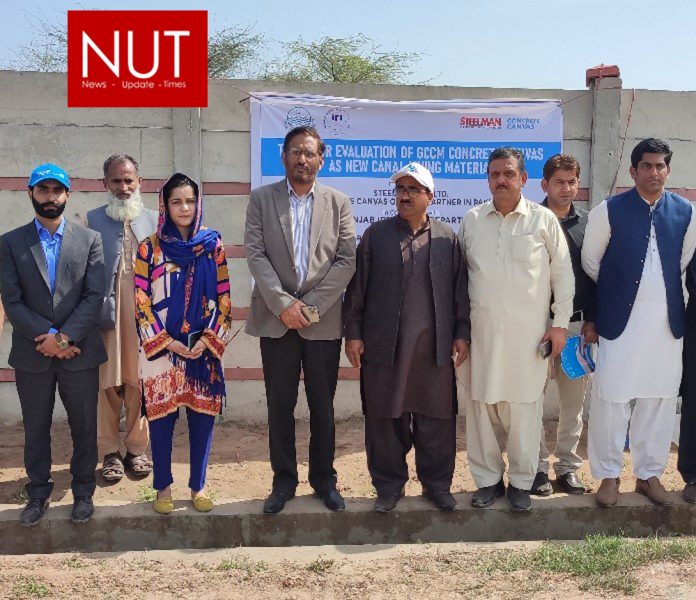 Lahore (Muhammad Yasir) In an attempt to revolutionize the irrigation landscape of Pakistan, an international irrigation project was jointly deployed by Steelman Pvt Limited (A REDtone Group Company) and Punjab Irrigation Department (P.I.D).

On the occasion, Chief Engineer Rashid Aziz stated, “The material looks great, the main factor observed so far is its easy and fast laying methodology. With the inception of this technique, lining project targets can be achieved ahead of time along with saving of water. Earlier I was a little suspicious about its joints but the way they are being treated with a thermal welding machine is quite satisfactory, however we will further observe the impact of varying degrees of temperature on these joints as well.”

Expressing his views, Director (IRI) Ghulam Zakir Hassan Sial said, “Pakistan has one of the largest irrigation networks in the world, however, controlling seepage through canals remains a serious concern for our country. The Irrigation Research Institute of Lahore was set up in 1924 and it has been engaged in conducting research studies on various lining materials to counter the issue of seepage loss through canals. Concrete Canvas will be declared as effective and sound for use, subsequently after processing it through various semi field conditions it will be a great breakthrough, as we get past the trial stage.”

Explaining the technology used, Deputy General Manager Steelman Pvt. Ltd.; Ehtisham Habib, expressed that, “The proposed new lining technology is quite unique and innovative as Concrete Canvas is one of those systems that is durable, cost effective, time saving and eco-friendly as compared to the traditional methodology being used locally. I am sure that the trial will be a success and, we will be able to achieve great results.”

At the end of the visit, a plantation activity was also carried out under the clean and green campaign. 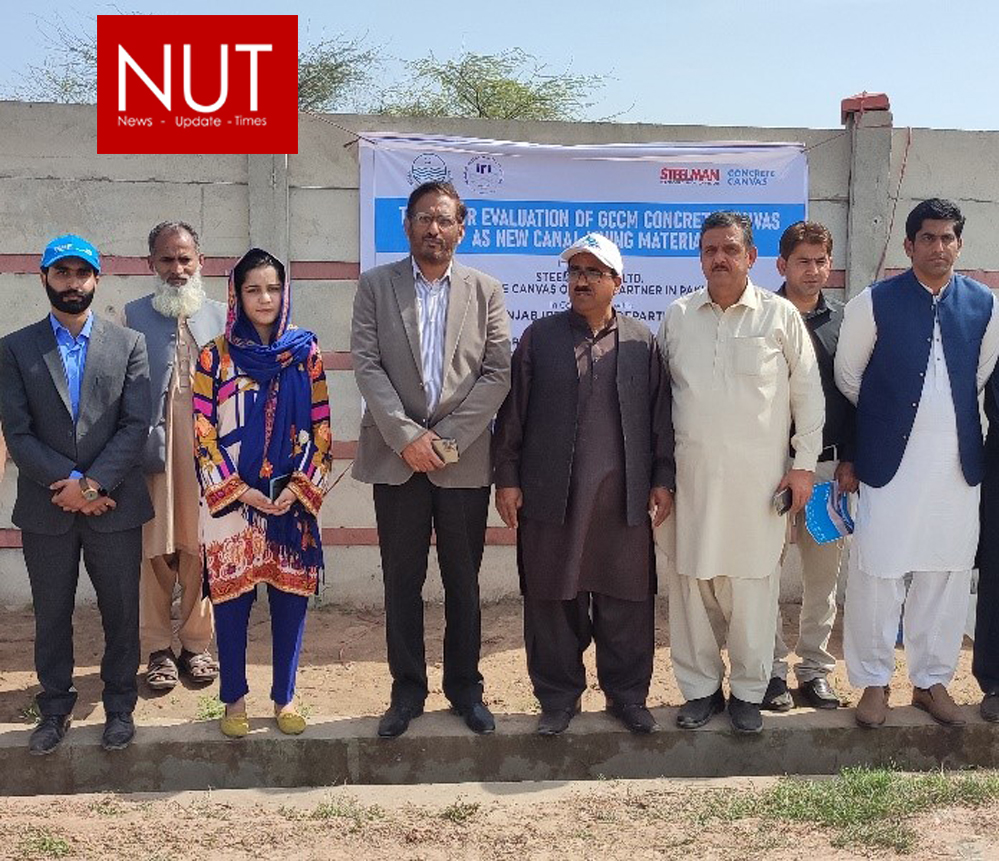