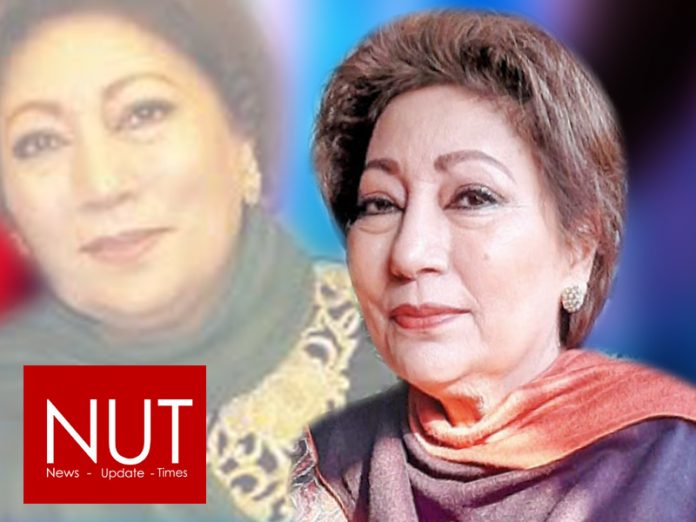 Kanwal Naseer has been suffering from diabetes and has been undergoing treatment at a private hospital in Islamabad for the past few days. Born in 1948 in Lahore, Naseer had various feathers on her cap as she was the first female anchor, first female newscaster, and first female announcer of Pakistan Television.

She joined the media at the age of 17, remained associated with PTV and Radio Pakistan for five decades. She made her first announcement at the PTV on 26th November, 1964. She has been awarded with Pride of Performance and numerous other national awards in recognition of her services. Kanwal Naseer was the daughter of legend actor Mohini Hameed (Apa Shamim) and mother-in-law of PTI Secretary Information Ahmed Jawad.