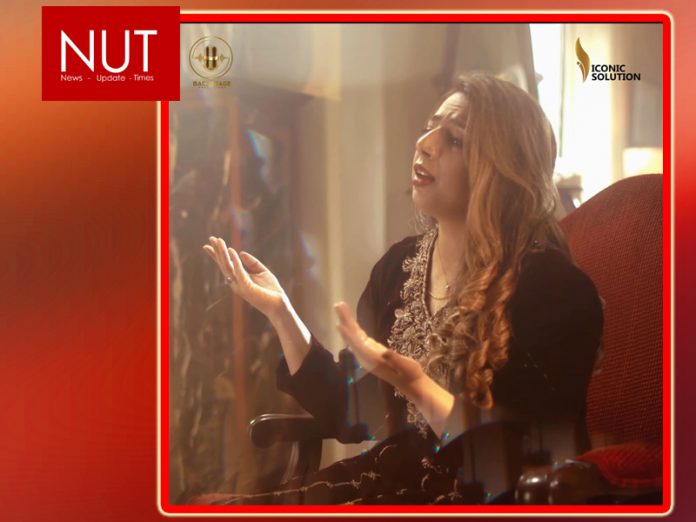 Soulful number traces the journey of legend performer from childhood till now!

Lahore (Muhammad Yasir) Emerging singer Masooma Anwar’s new video song “KHATT” will be released in Pakistan and abroad at the same time on Friday June 11 tomorrow. The story of the song reflects the life of famous actor Shafqat Cheema. The music of the video song was composed by renowned musician Fakhr Abbas and the video has been released by executive producers Bilawal Chowdhury and Ryan Chowdhury from the backstage production and iconic solution platform.

Singer Masooma Anwar while talking about the song said that the “KHATT” is a passionate number of me and Shafqat Cheema sb and thematic production of the video song has been beautifully designed and executed. Shafqat Cheema, a well-known actor, while talking to the media, said that this video is a reflection of my early age life and it will give a chance to my fans and music lovers to learn about me and listen to the best music.

He told that “KHATT” is also my first solo video song which shows the life story, the journey from my childhood till now and my feelings are beautifully depicted and it is sung in very memorable way by Masooma Anwar. Bilawal Chowdhury said that the like earlier music projects, this video will also prove a super hit by the grace of Allah Almighty. He said that for the development of music industry, he has dedicated his platform to all artists so that together they can make their portfolio and the name of Pakistan famous in the world of music.